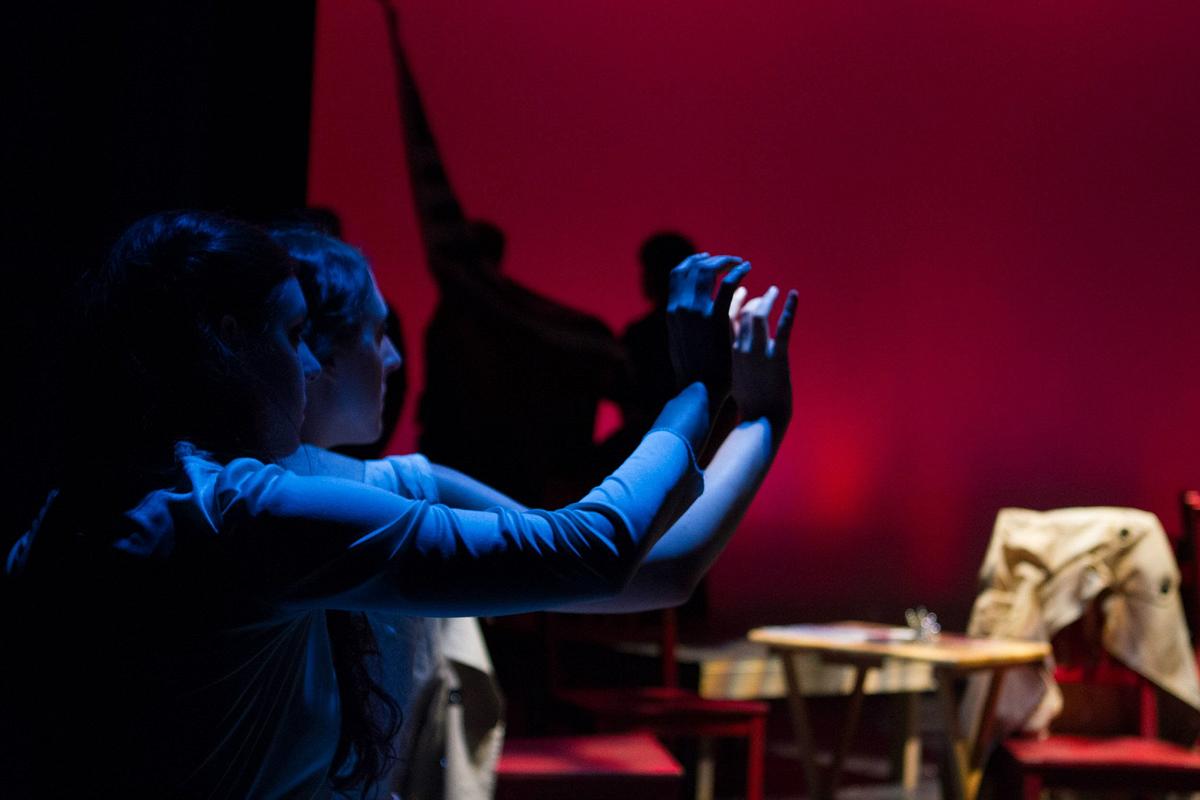 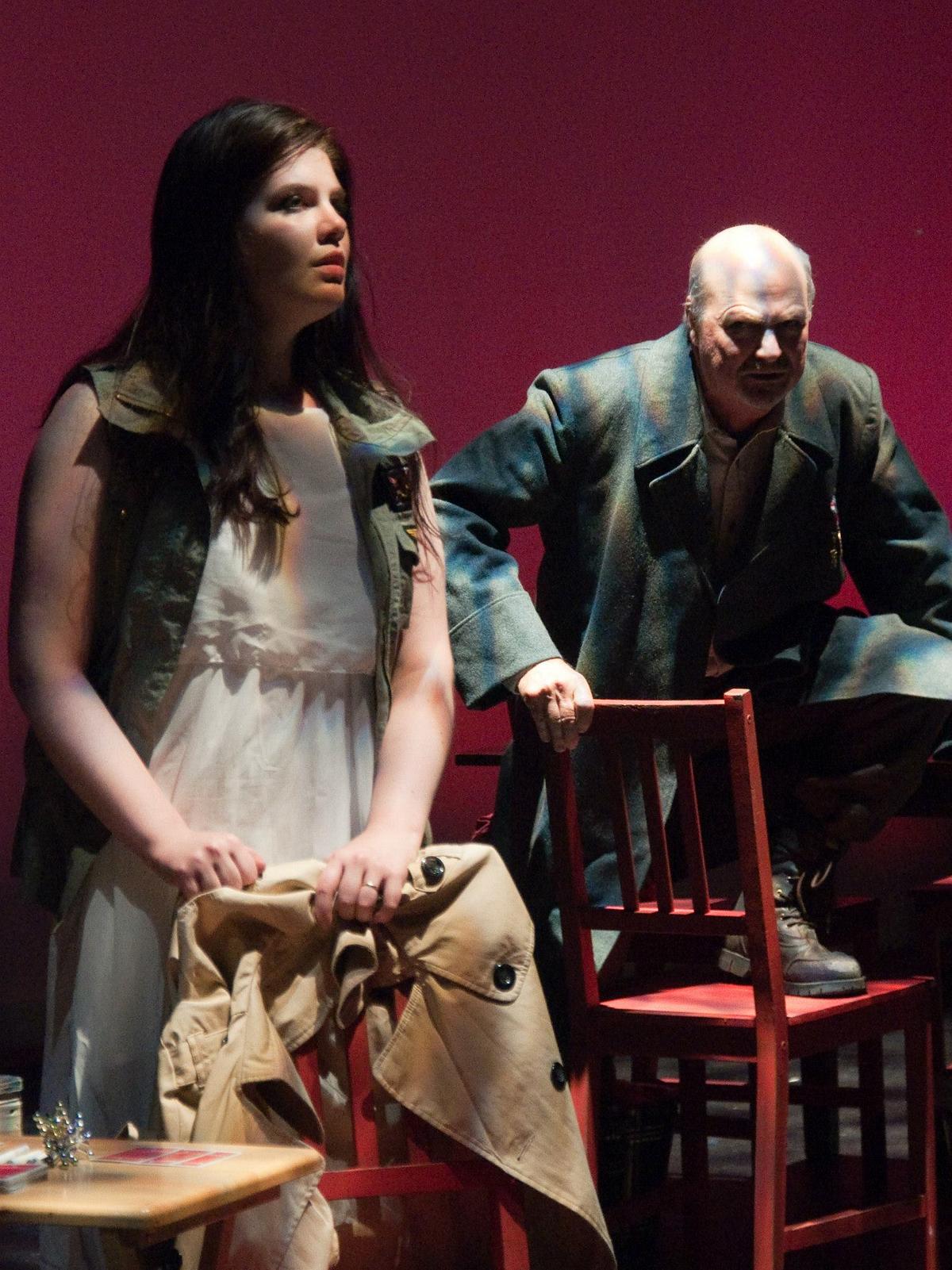 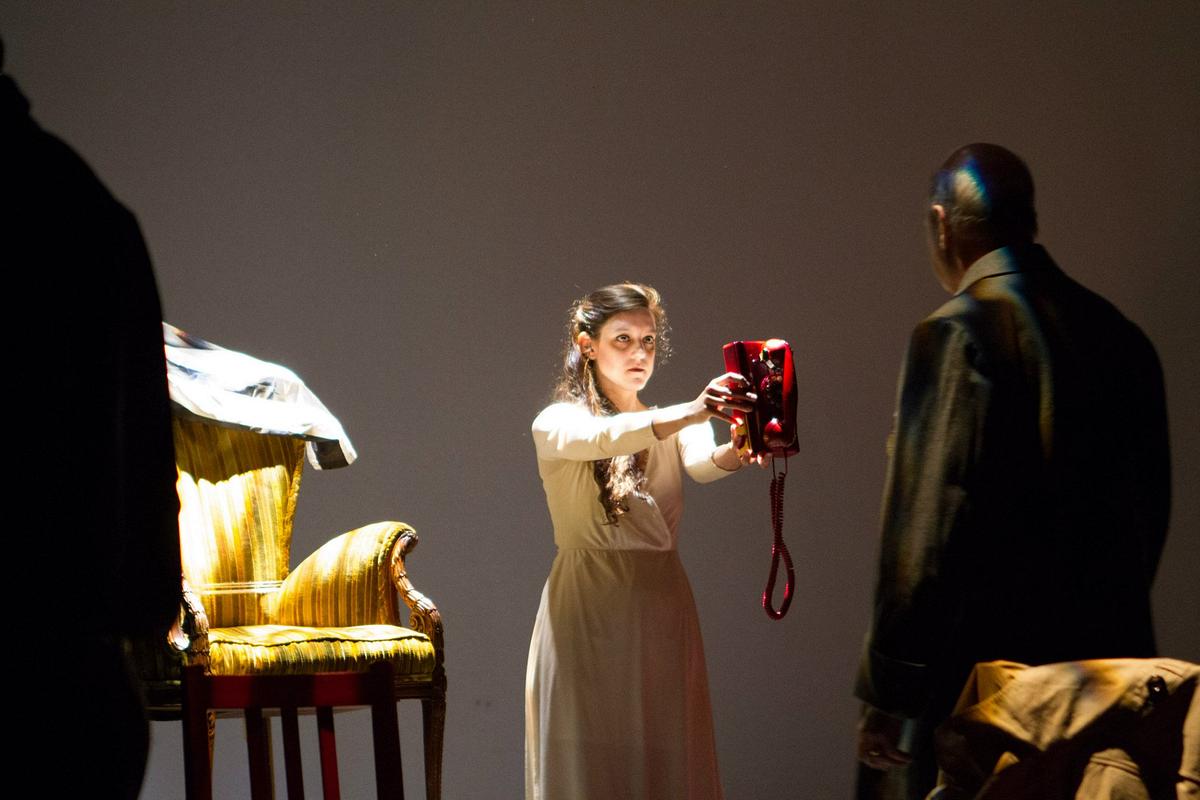 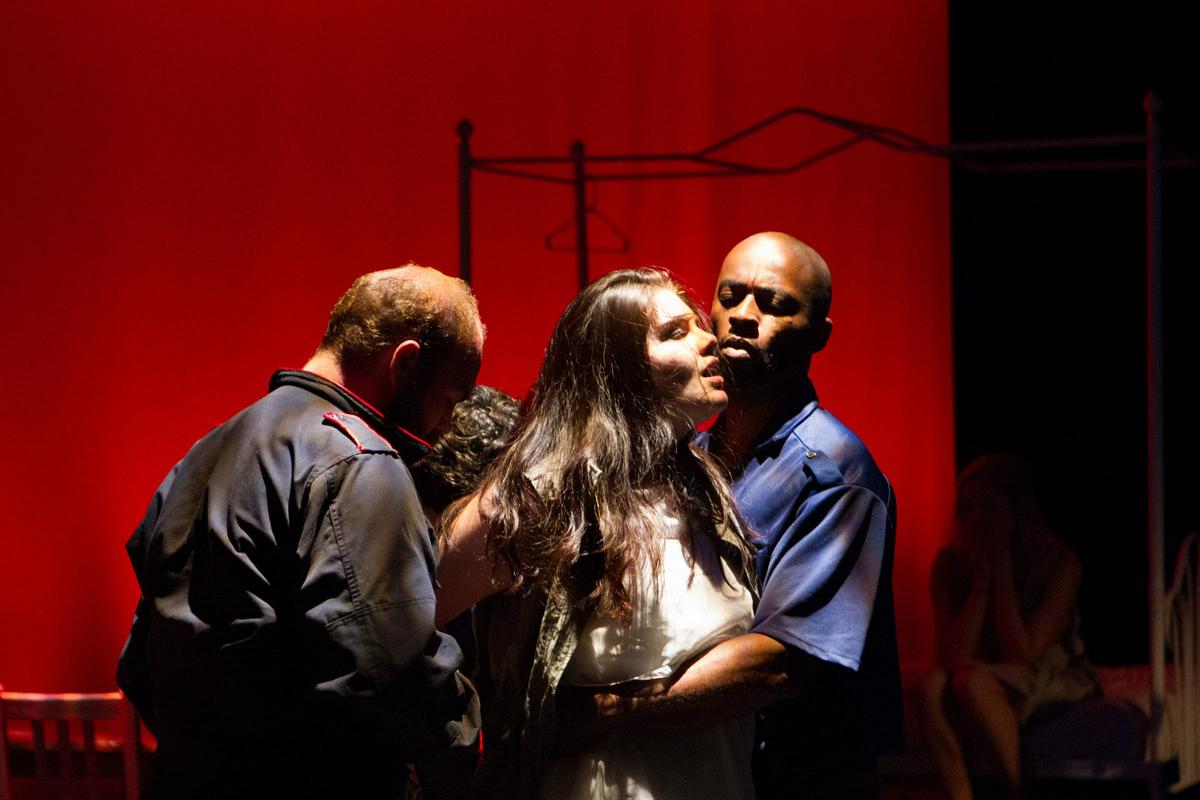 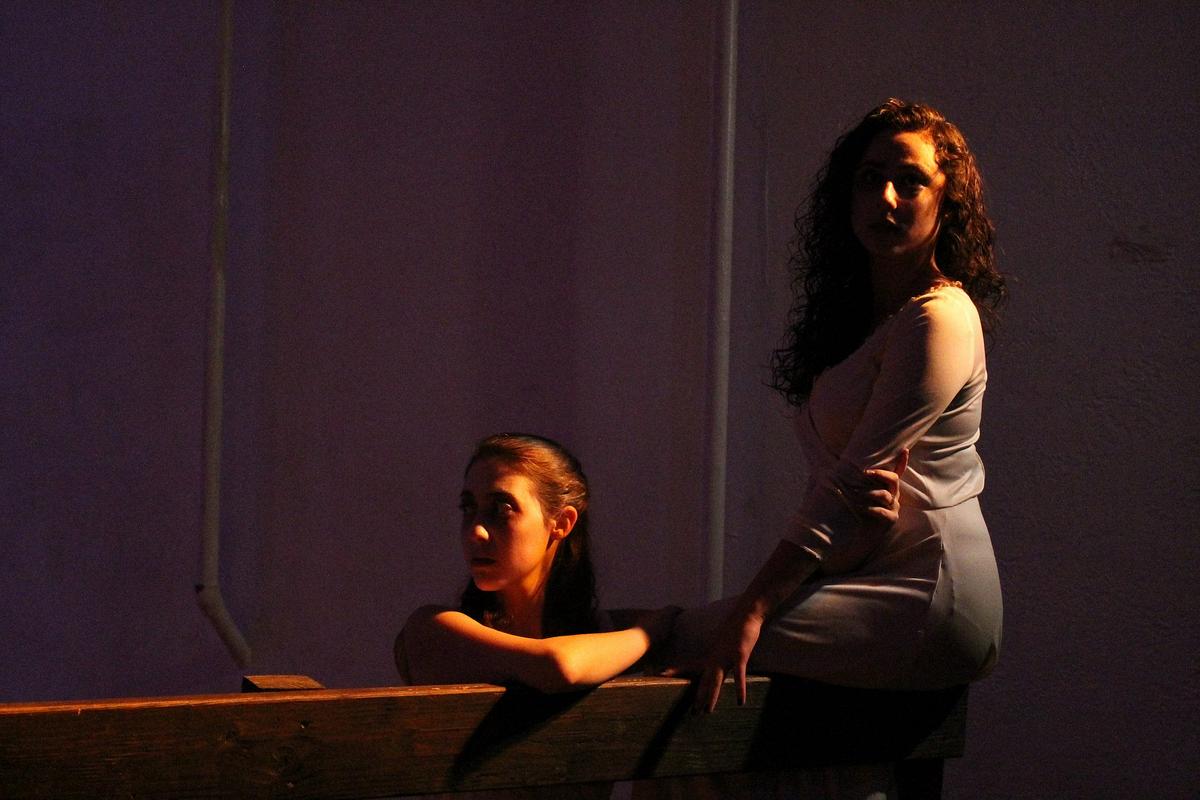 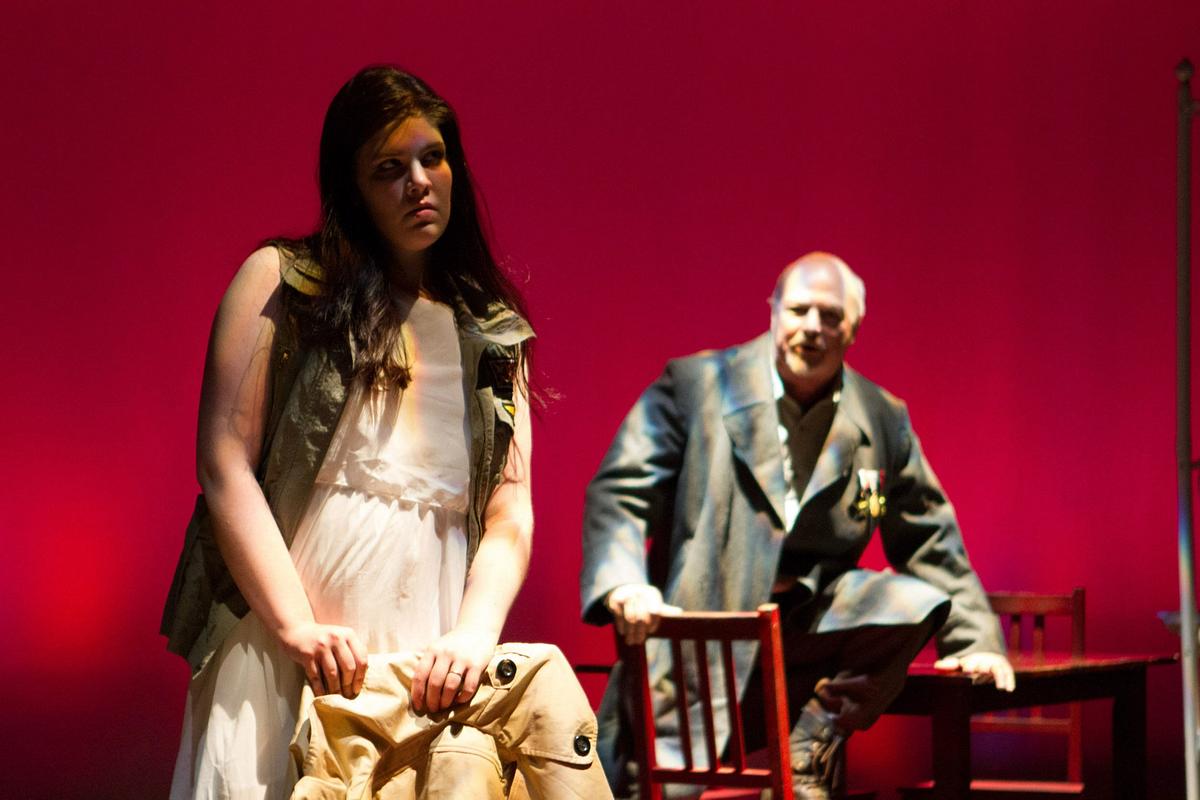 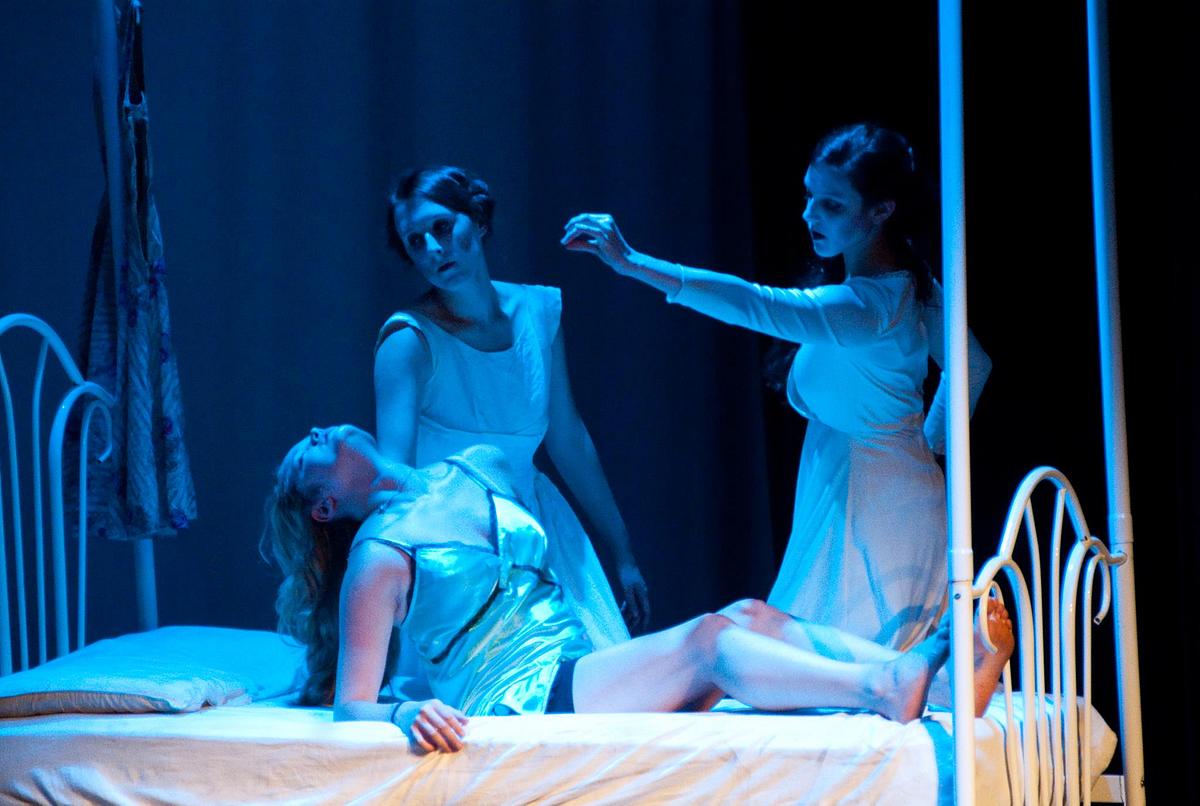 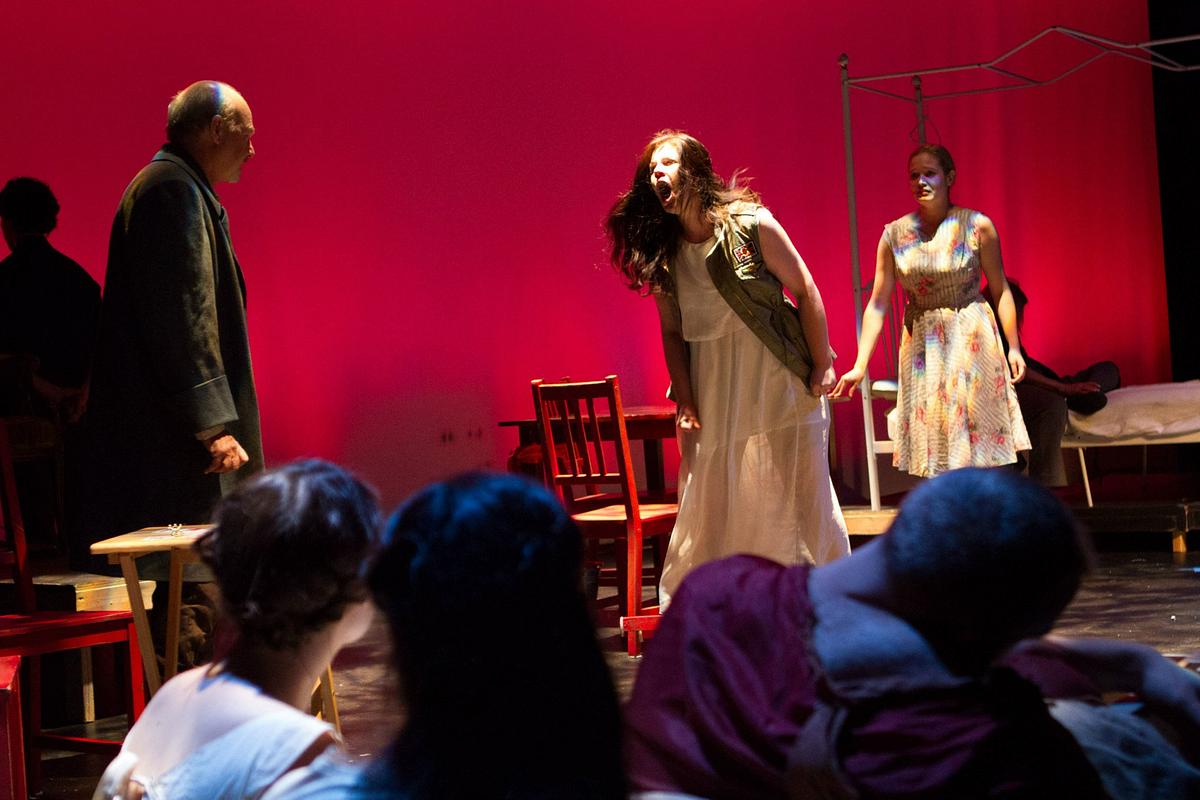 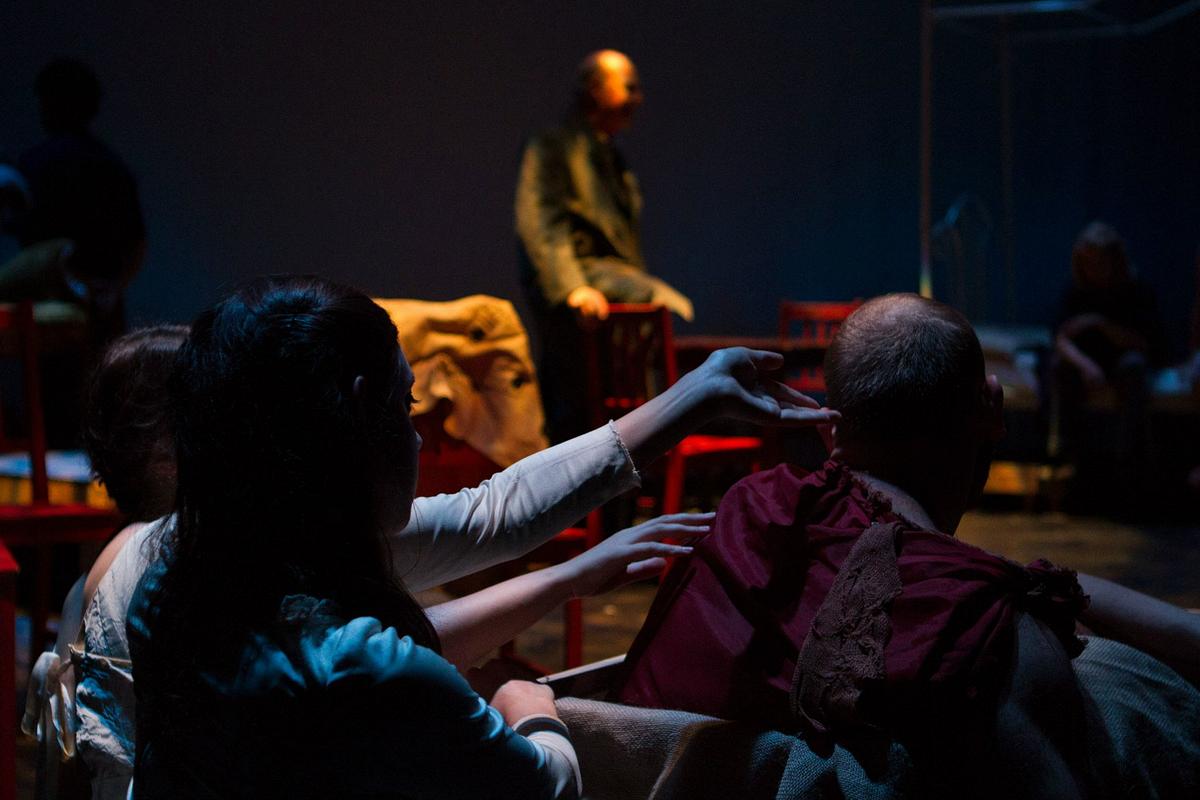 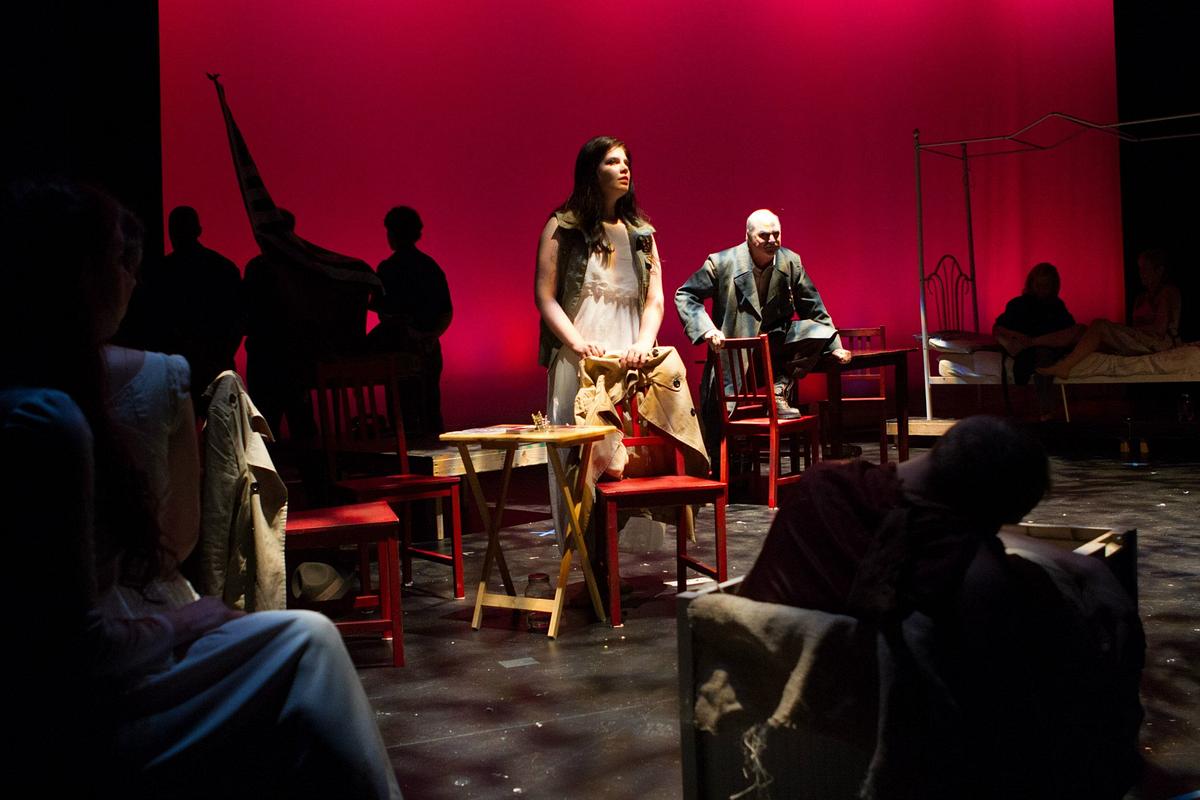 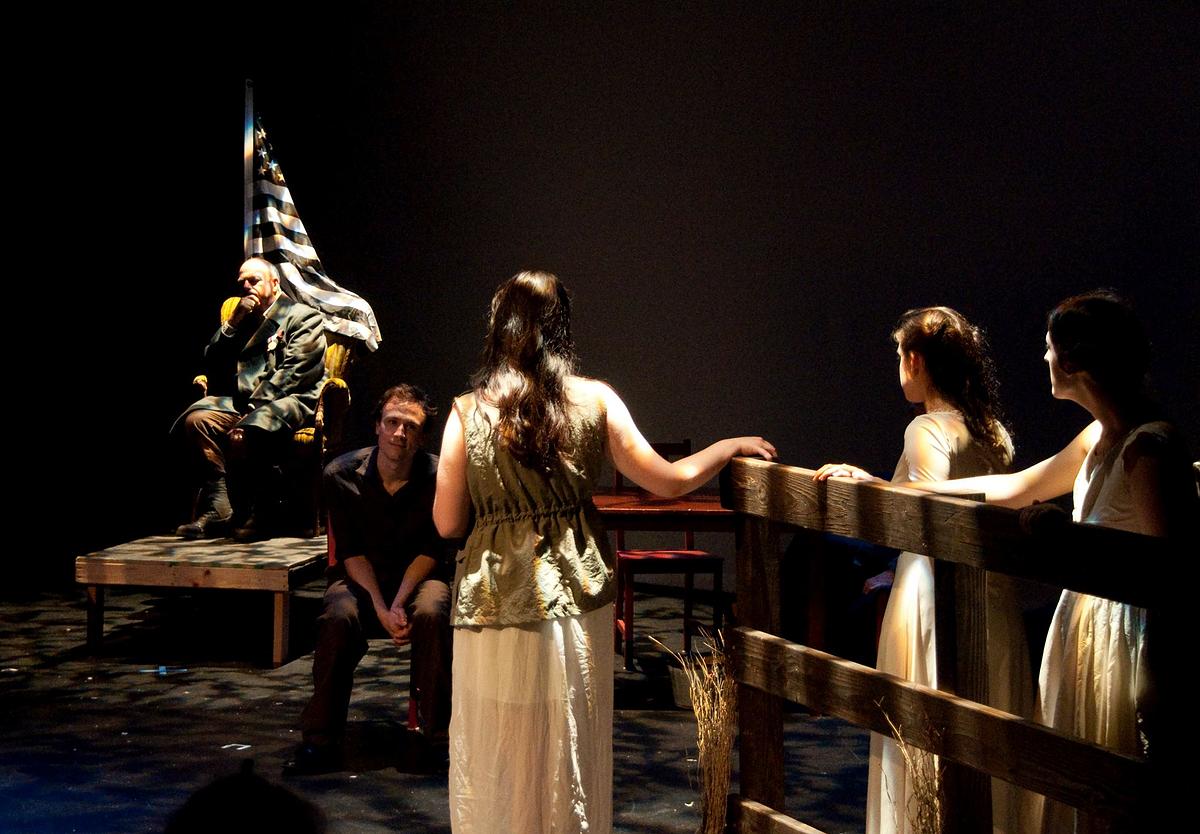 Antigone, the story of a young girl that defies the overwhelming power of politics and injustice in pursuit of what is right, is reimagined and rebuilt through physical theatre and ensemble performance.  The Wandering Theatre Company's exploration of this English translation of Anouilh's text is meant to explore the social injustices in our American present (specifically denial of citizen's rights) in order to facilitate a discussion about injustice in our past, present, and future. Transferred to a timeless America; a place both real and imagined, both desired and feared, a nation divided by politics and faith, Antigone explores the question ‘How far is too far when we’re fighting for what we believe.’ Working as a dedicated ensemble with the Viewpoints Technique, The Wandering Theatre Company combines text and physical performance to explore both the beauty and horror of Anouilh’s vision.