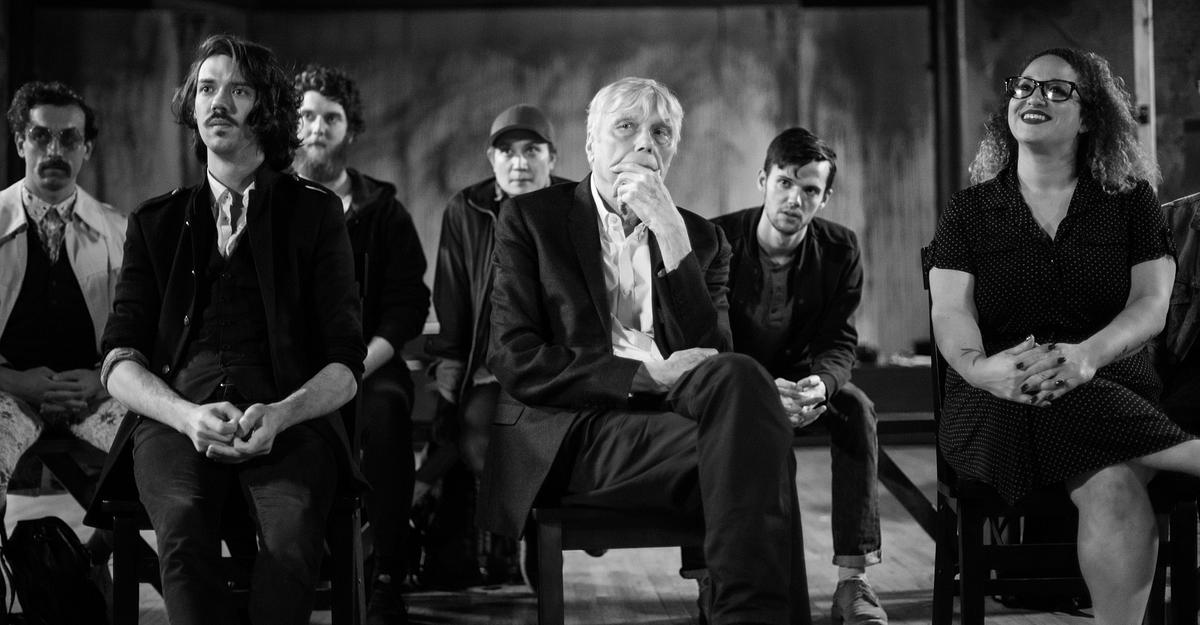 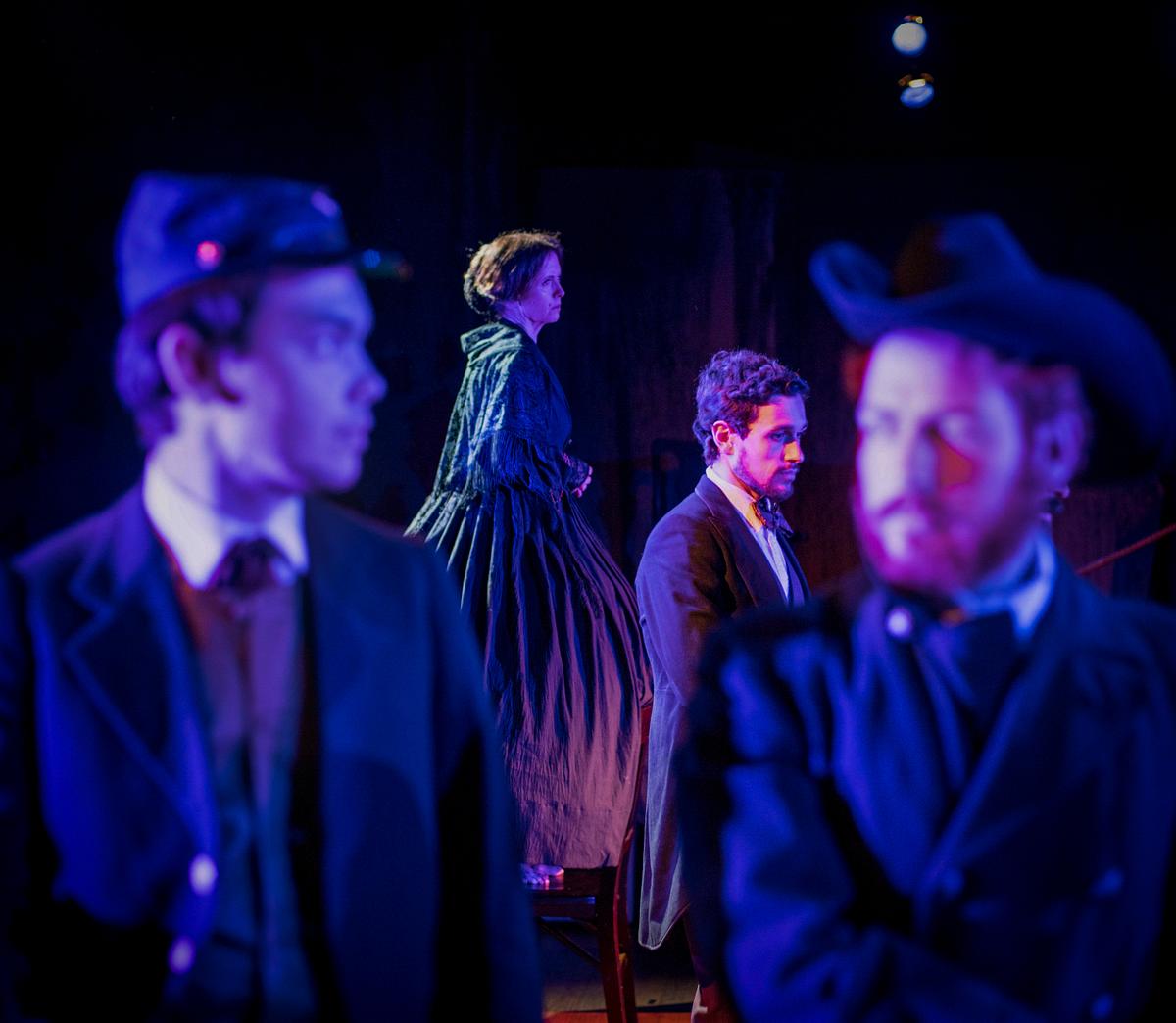 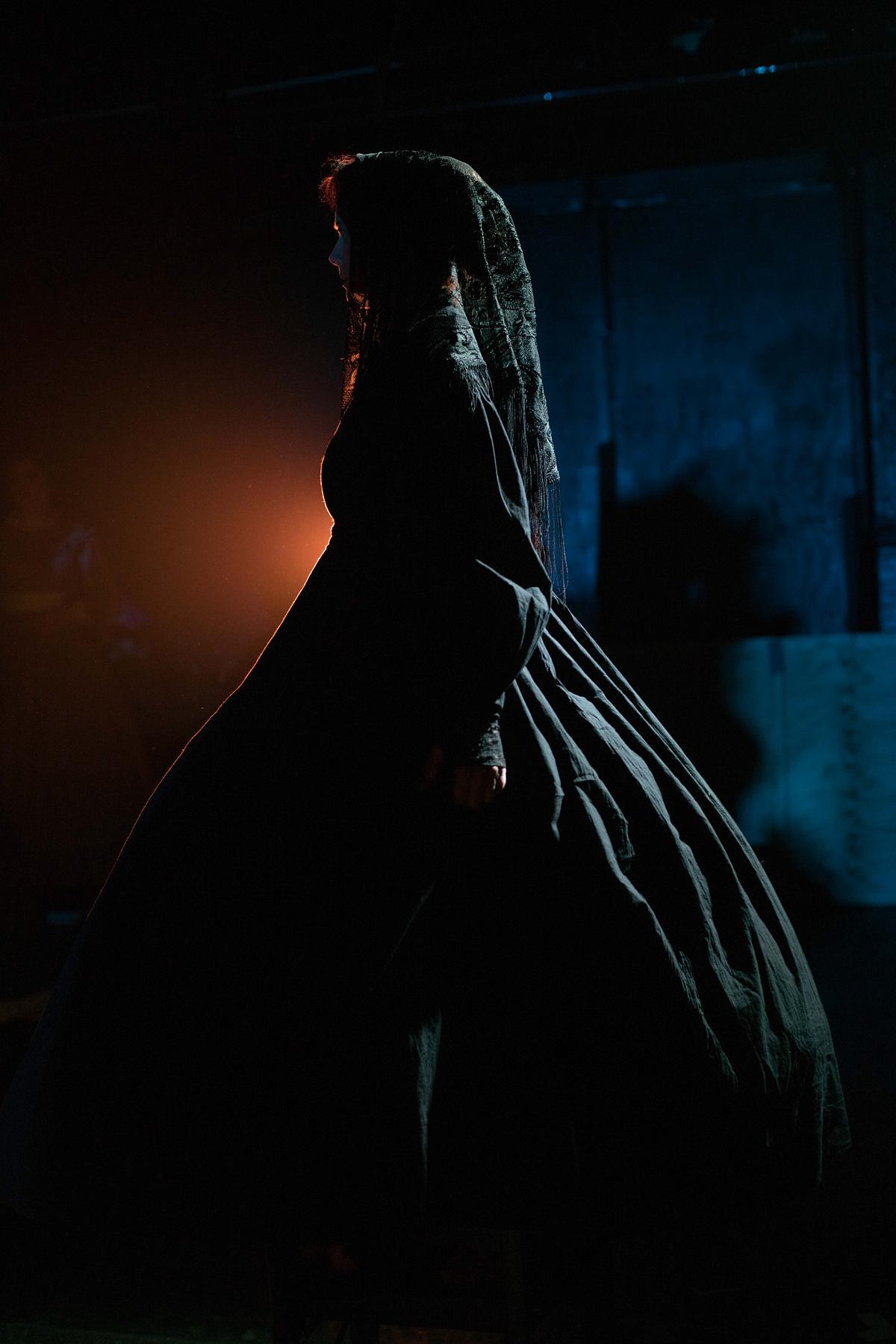 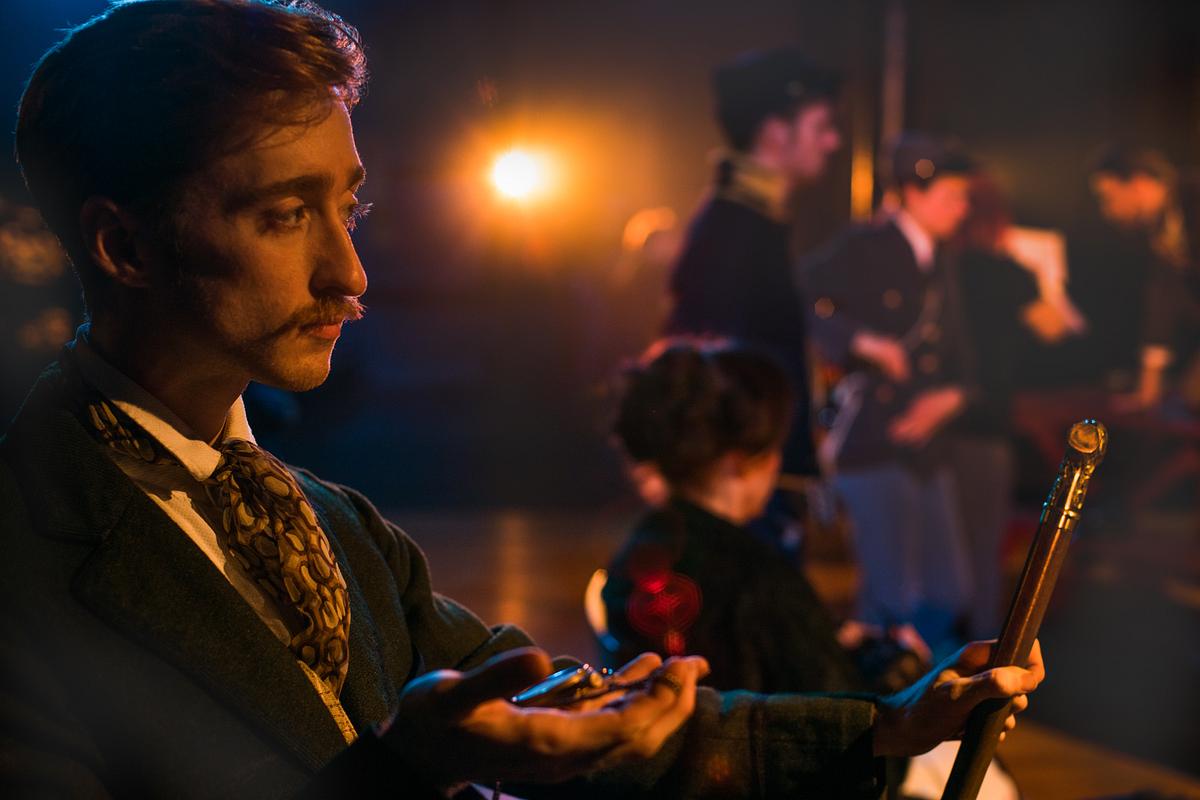 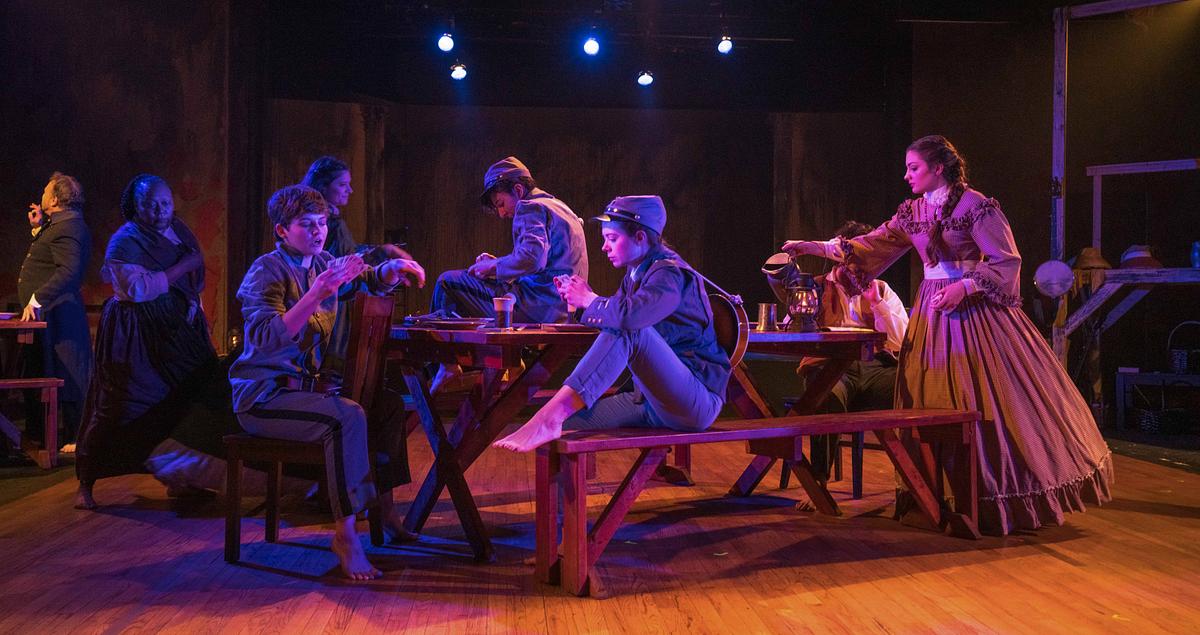 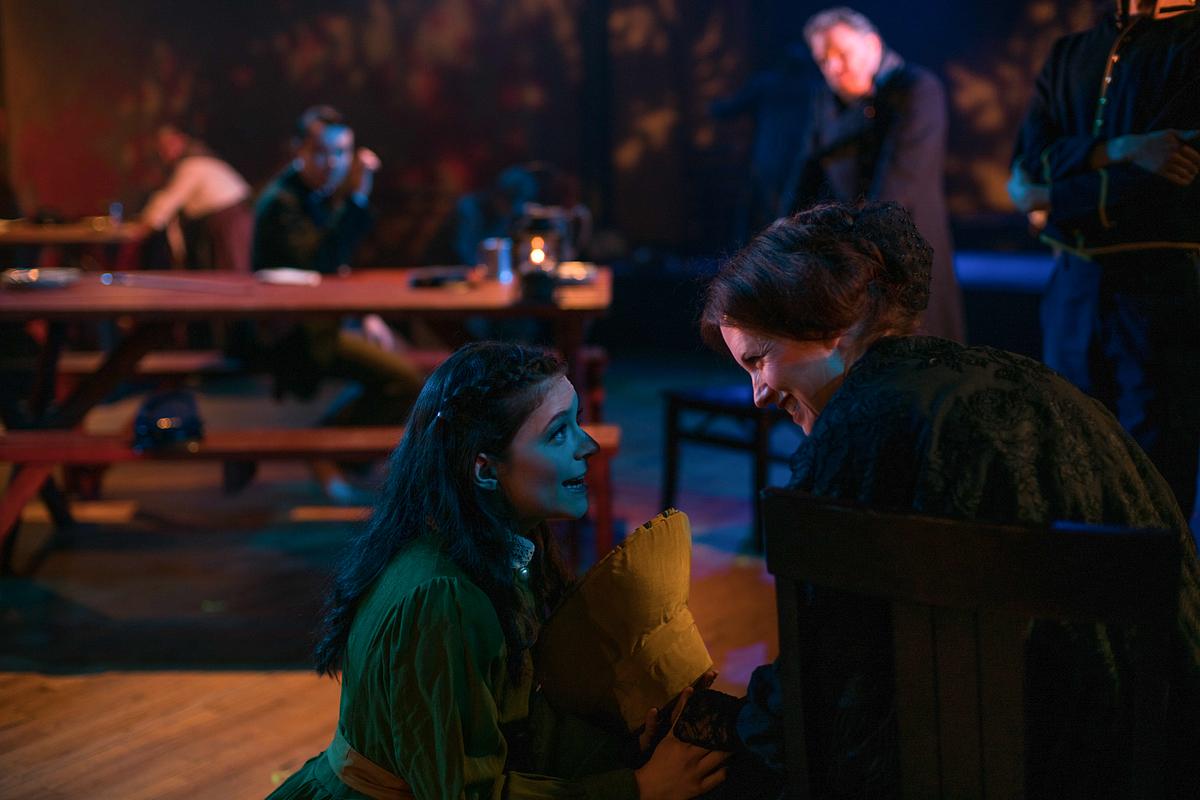 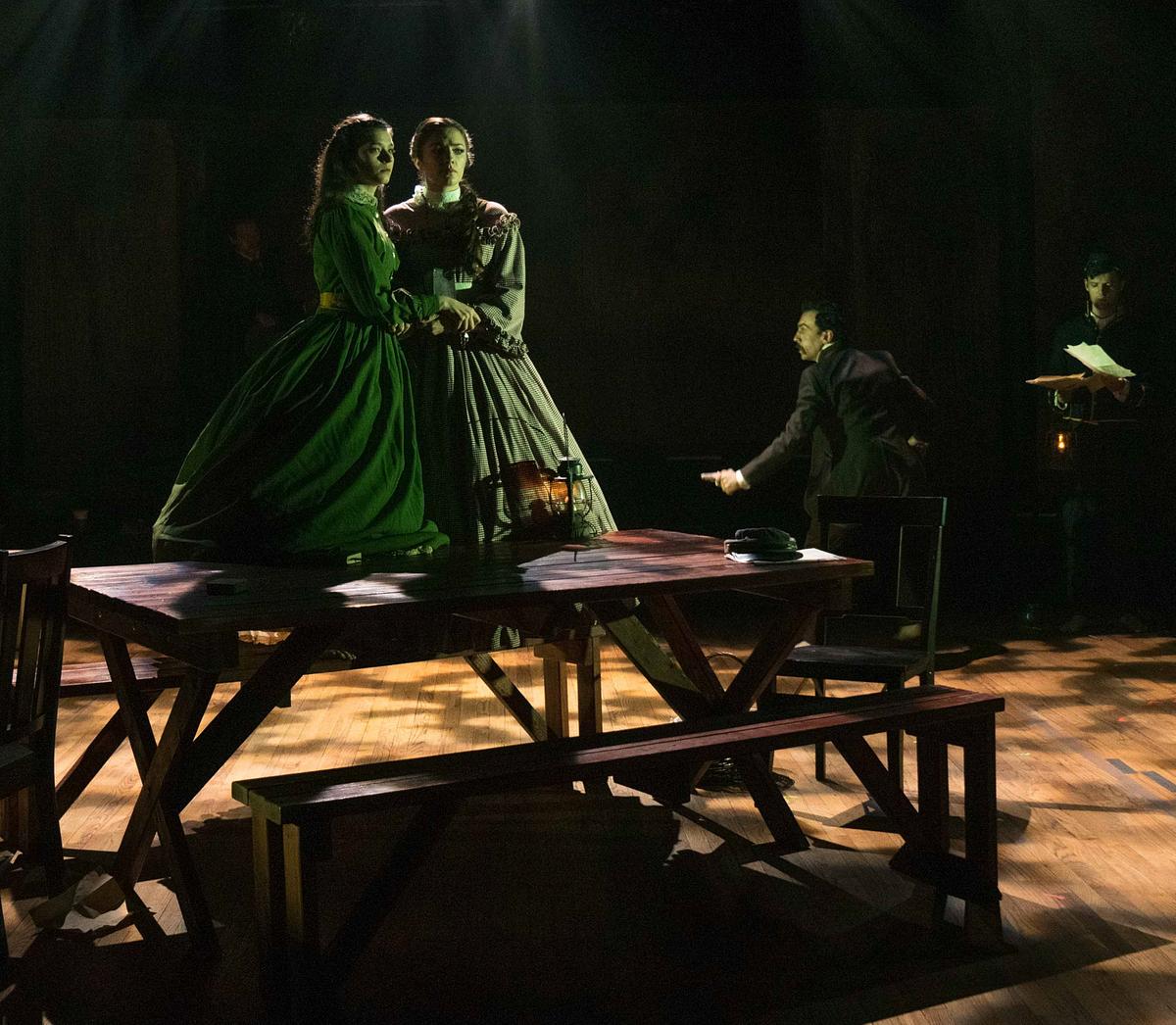 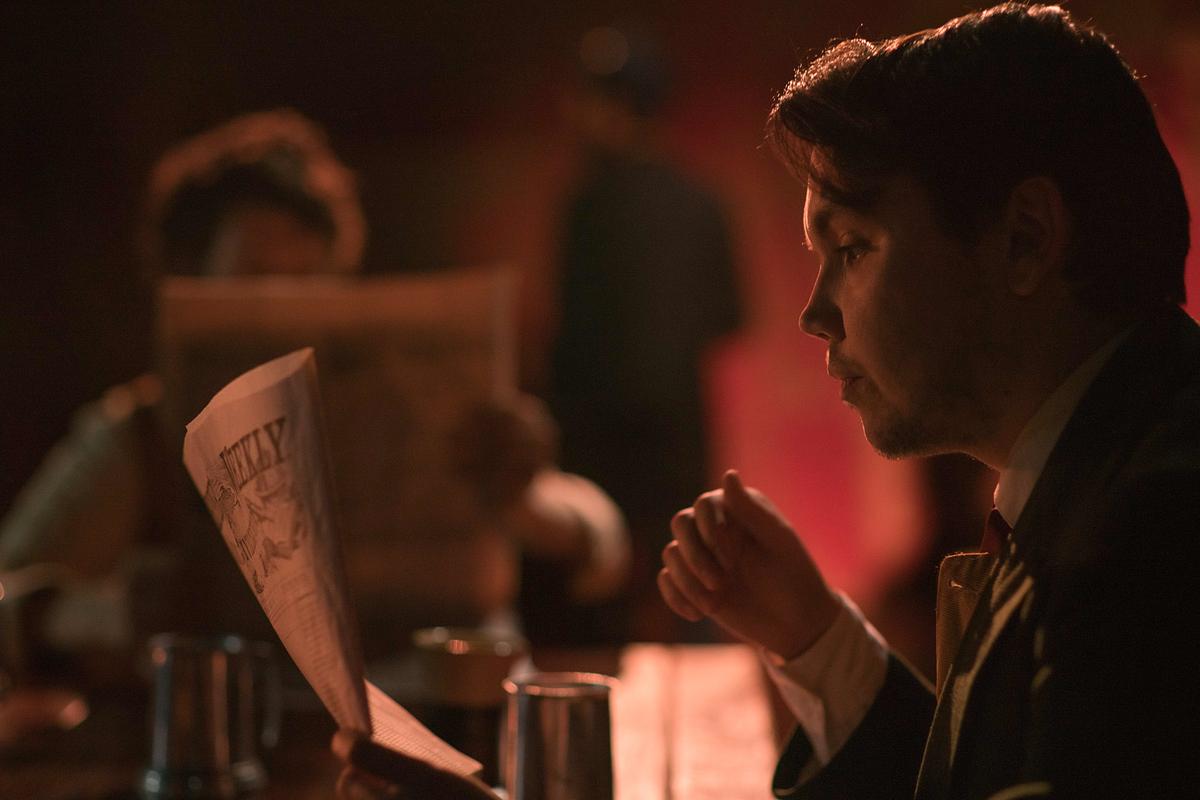 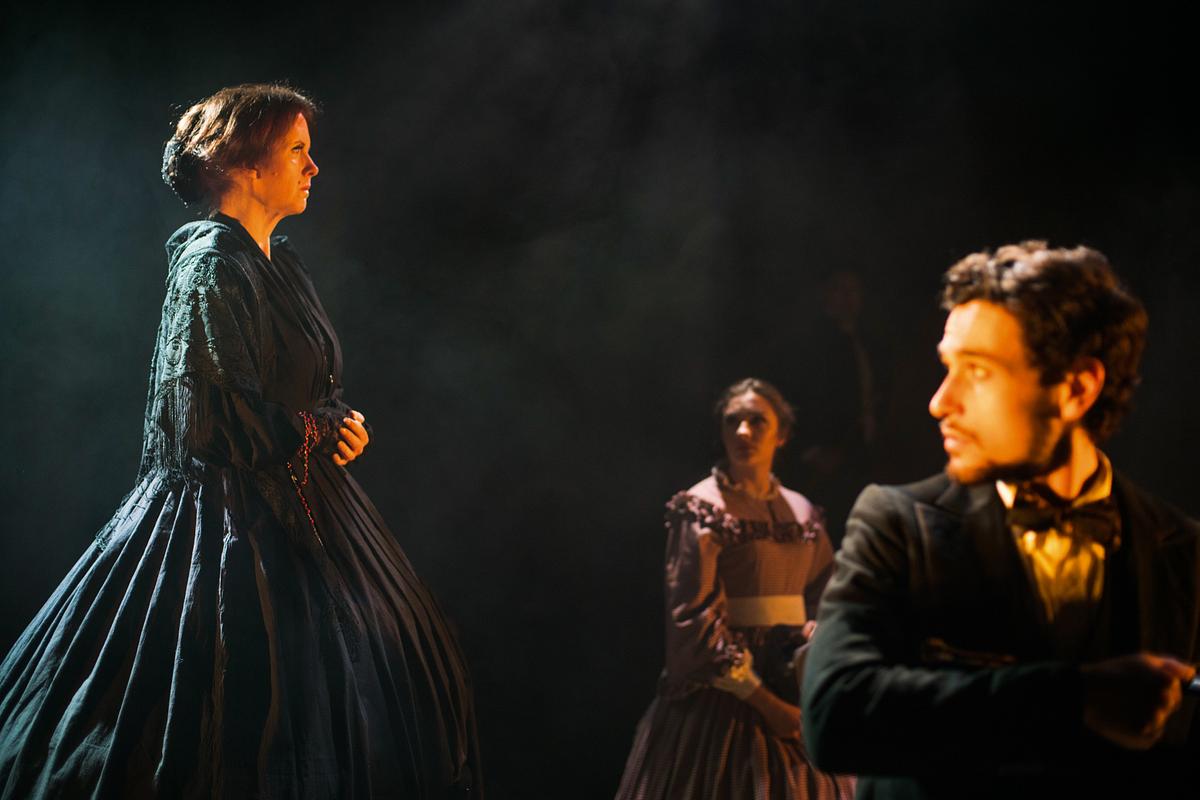 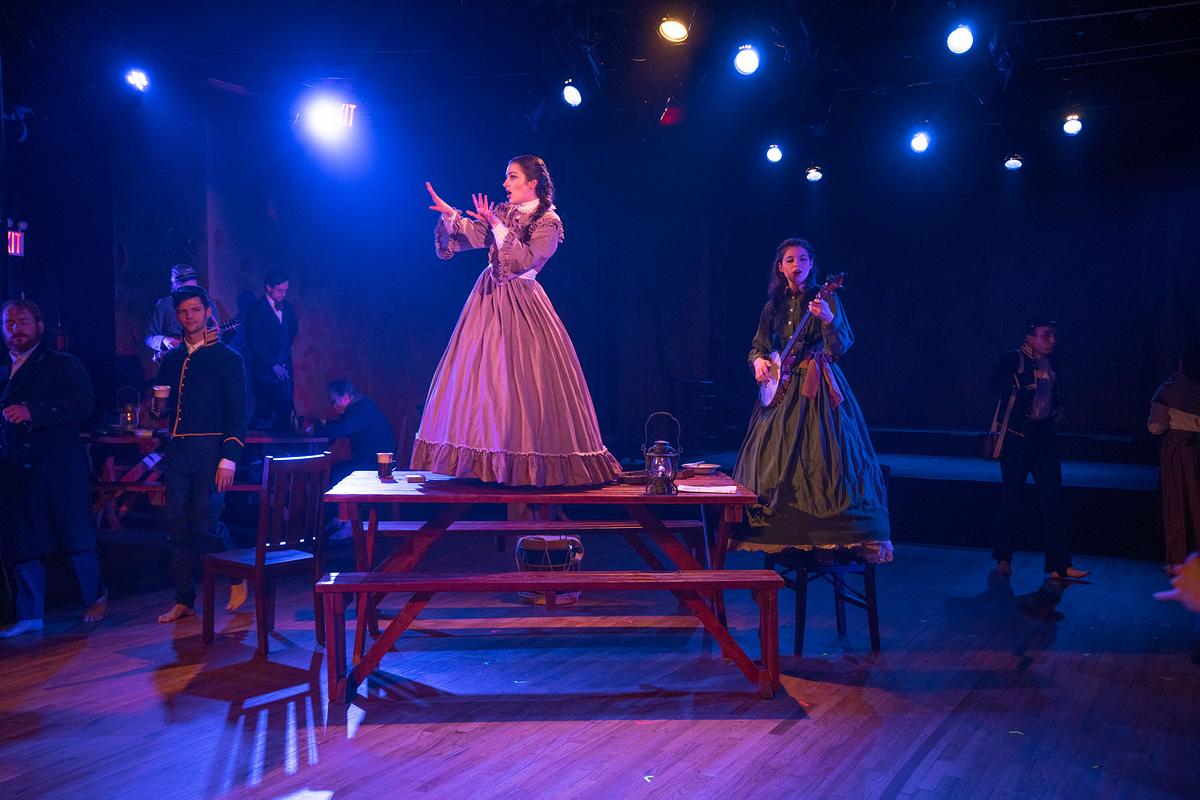 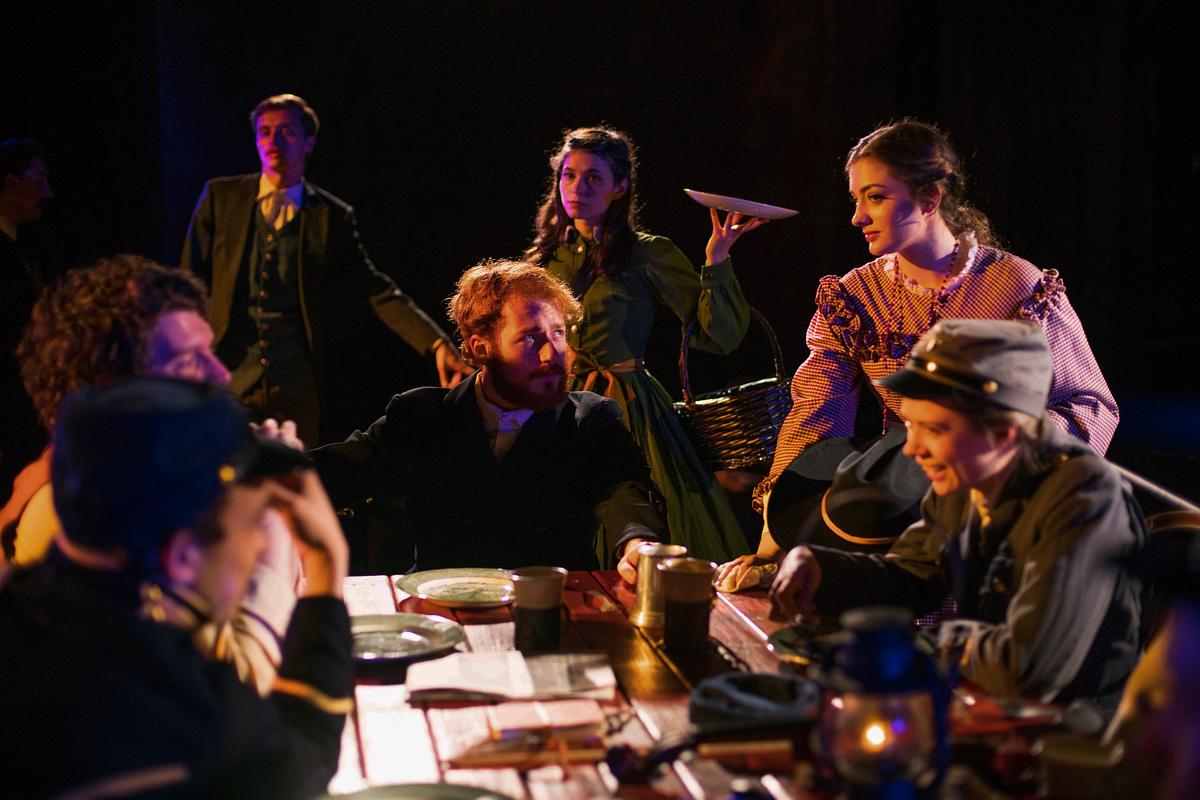 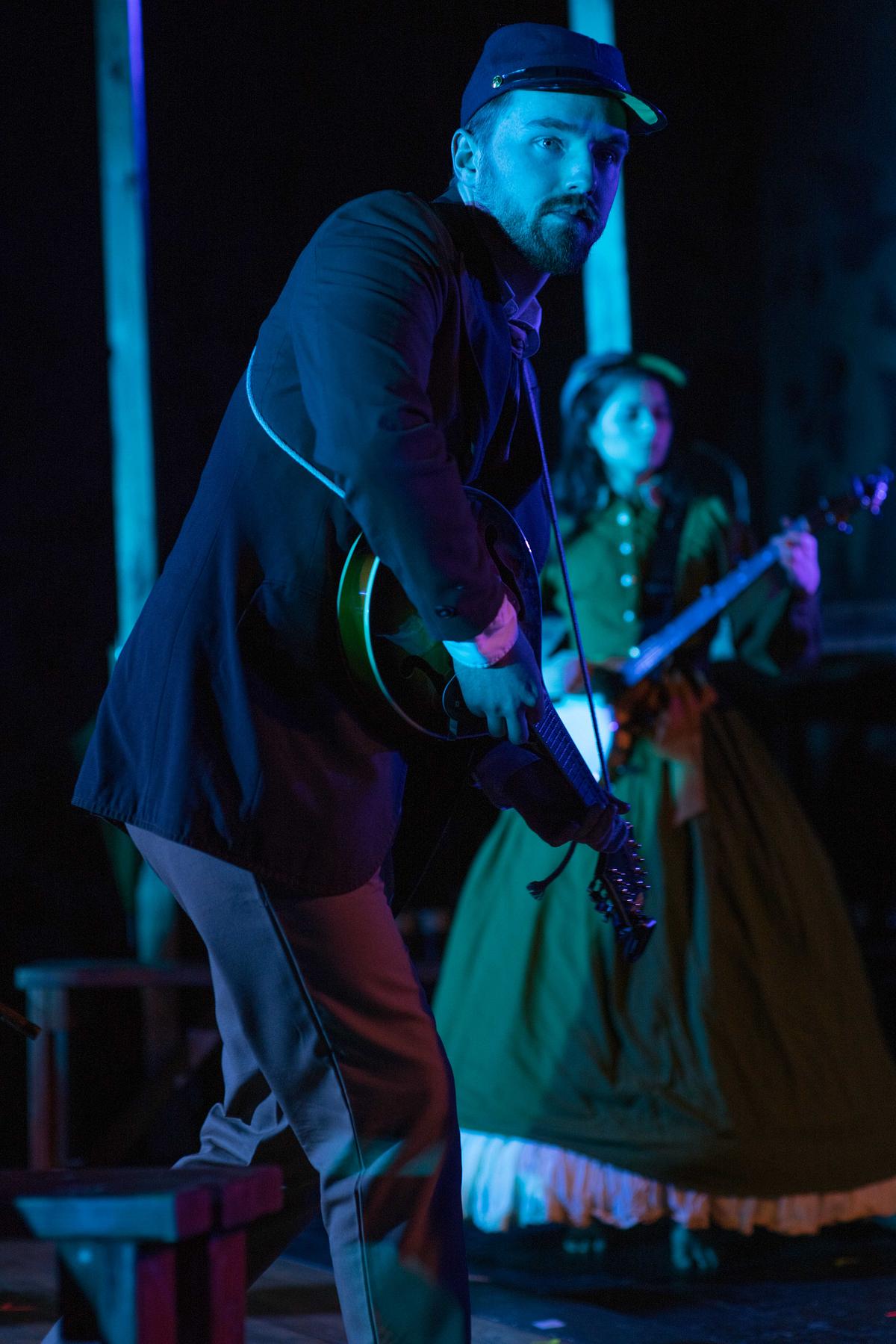 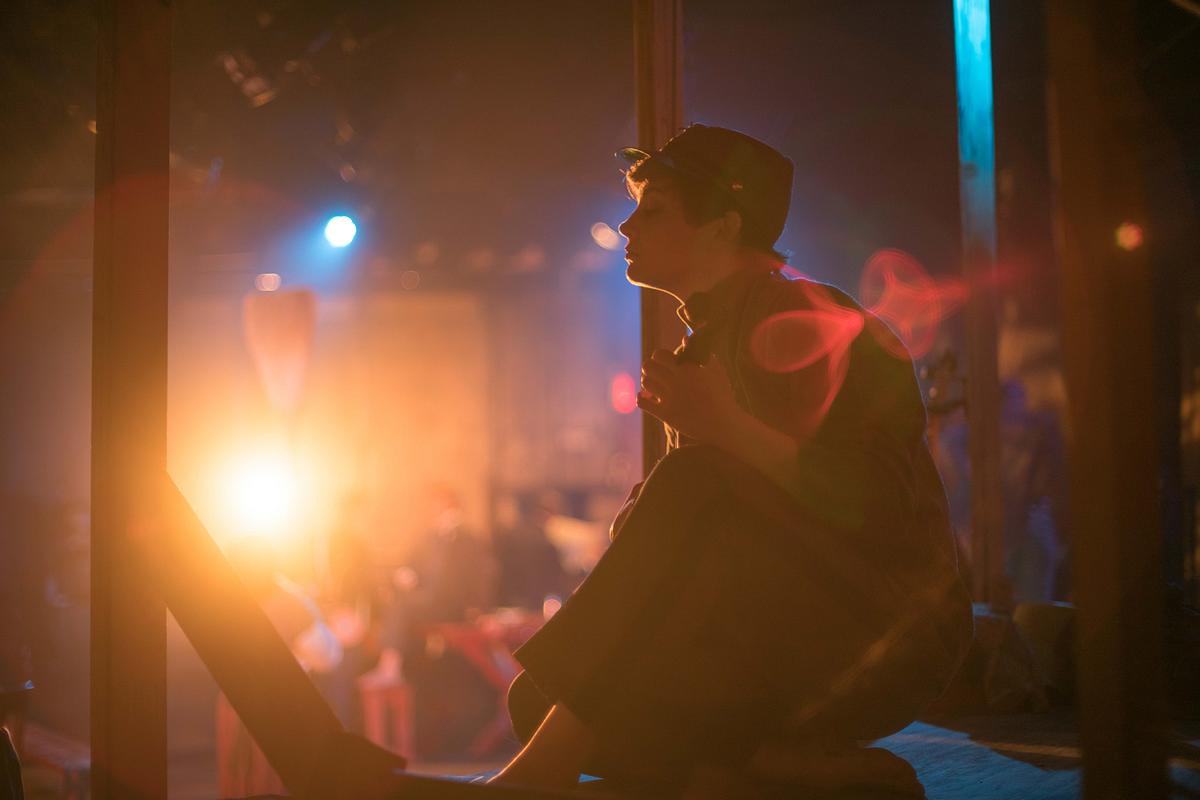 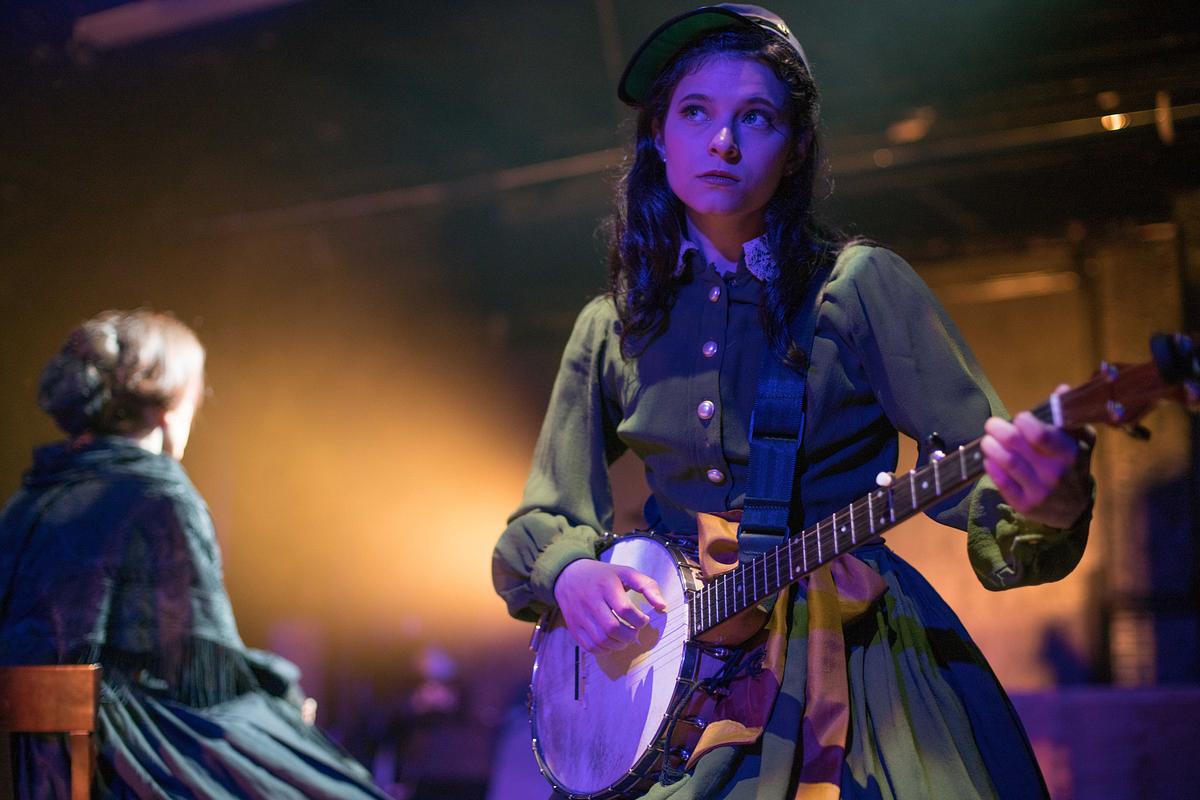 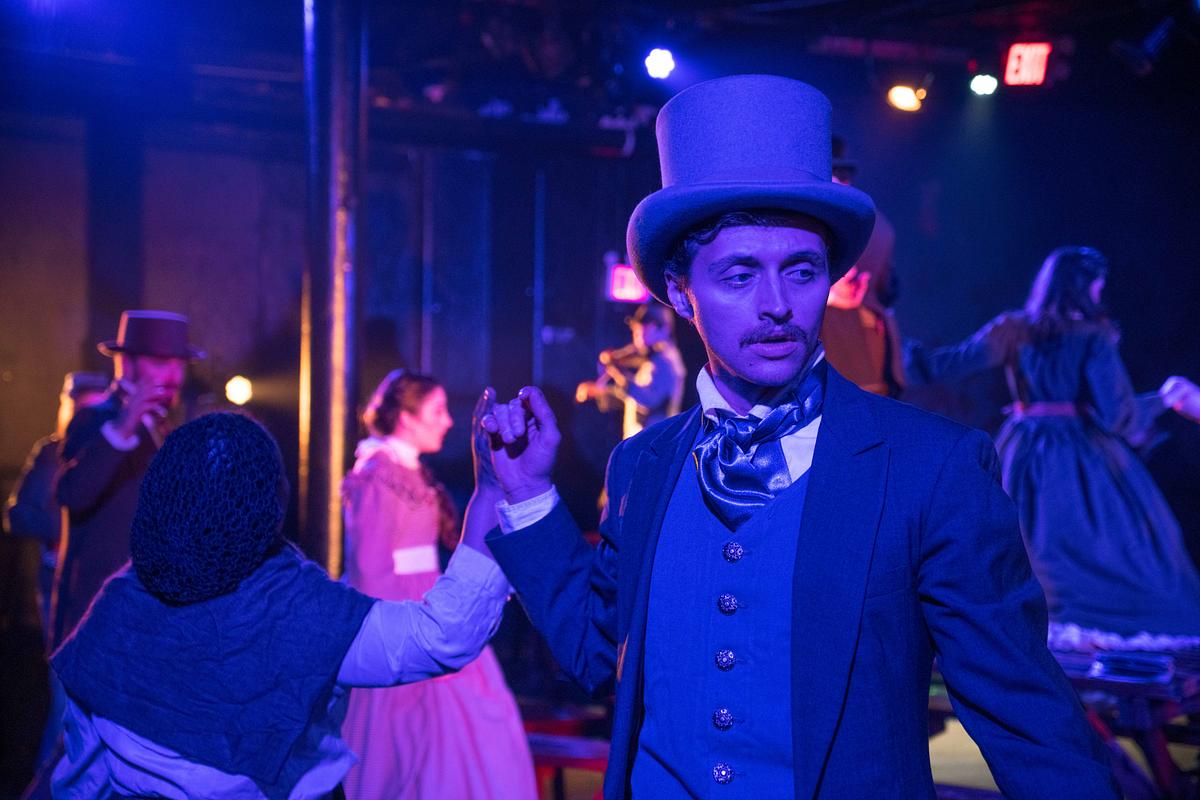 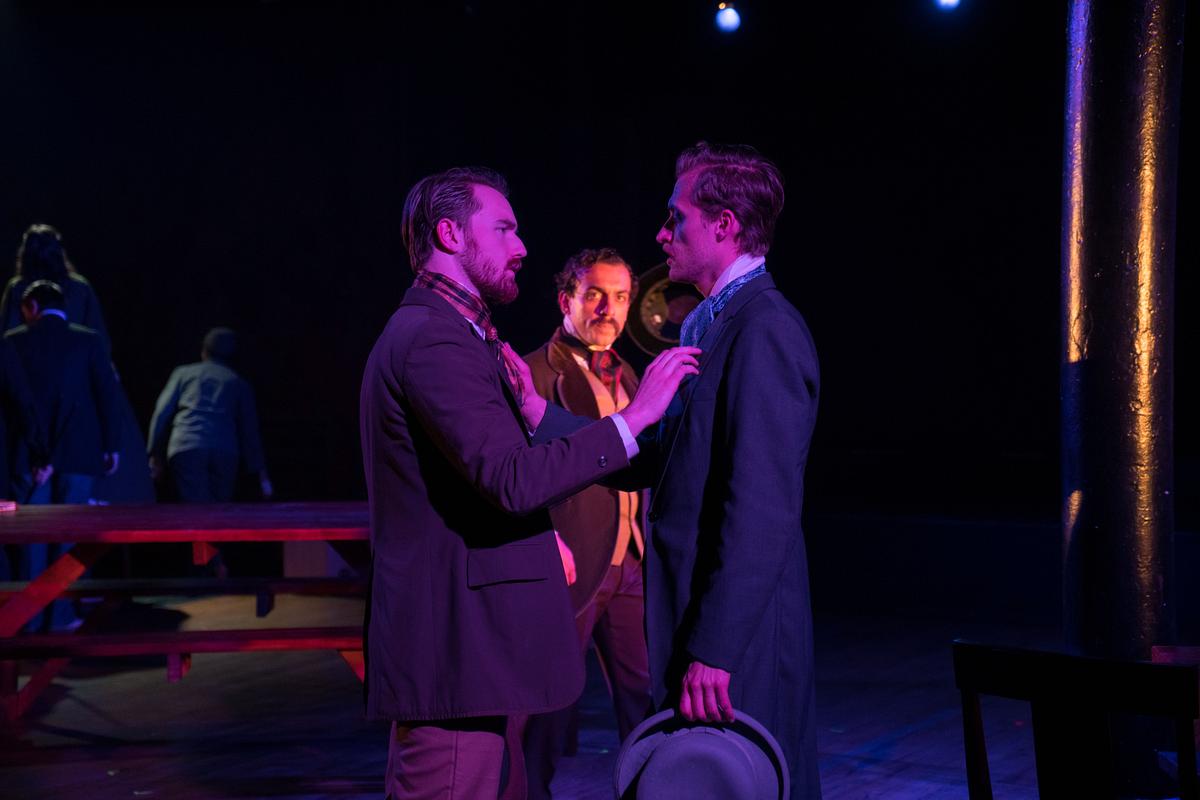 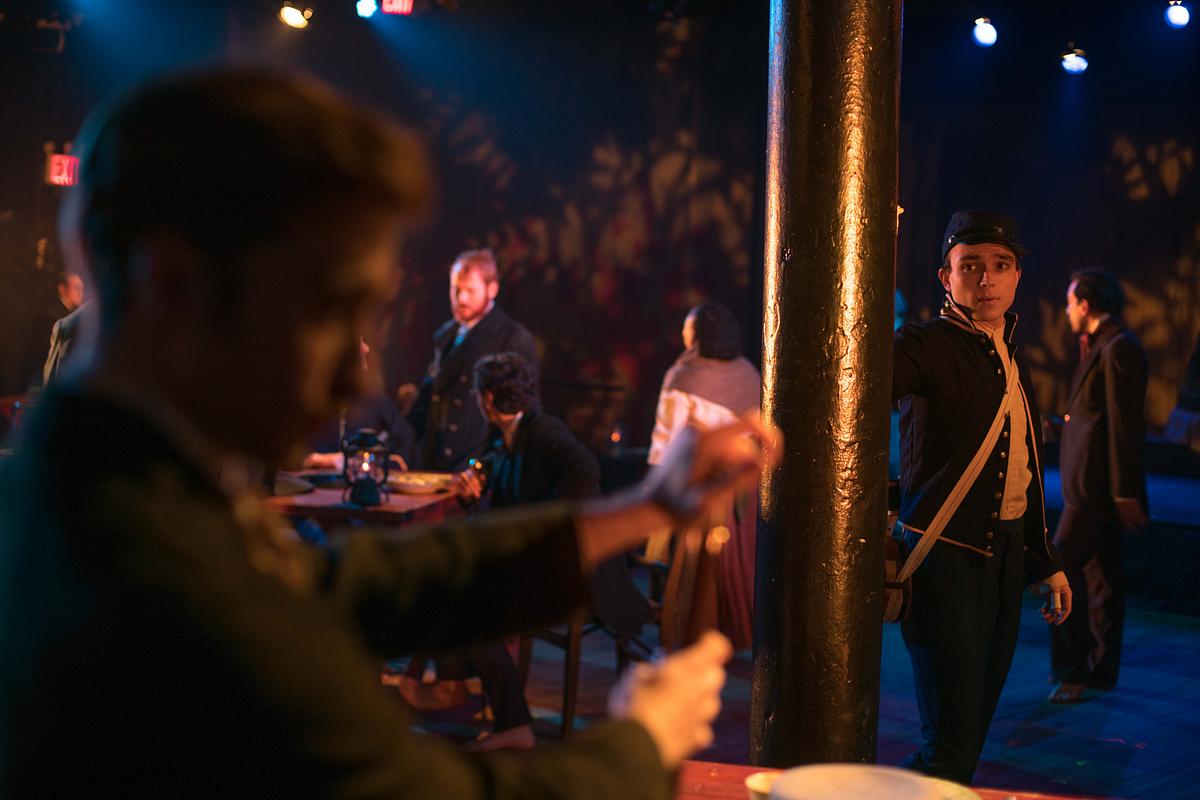 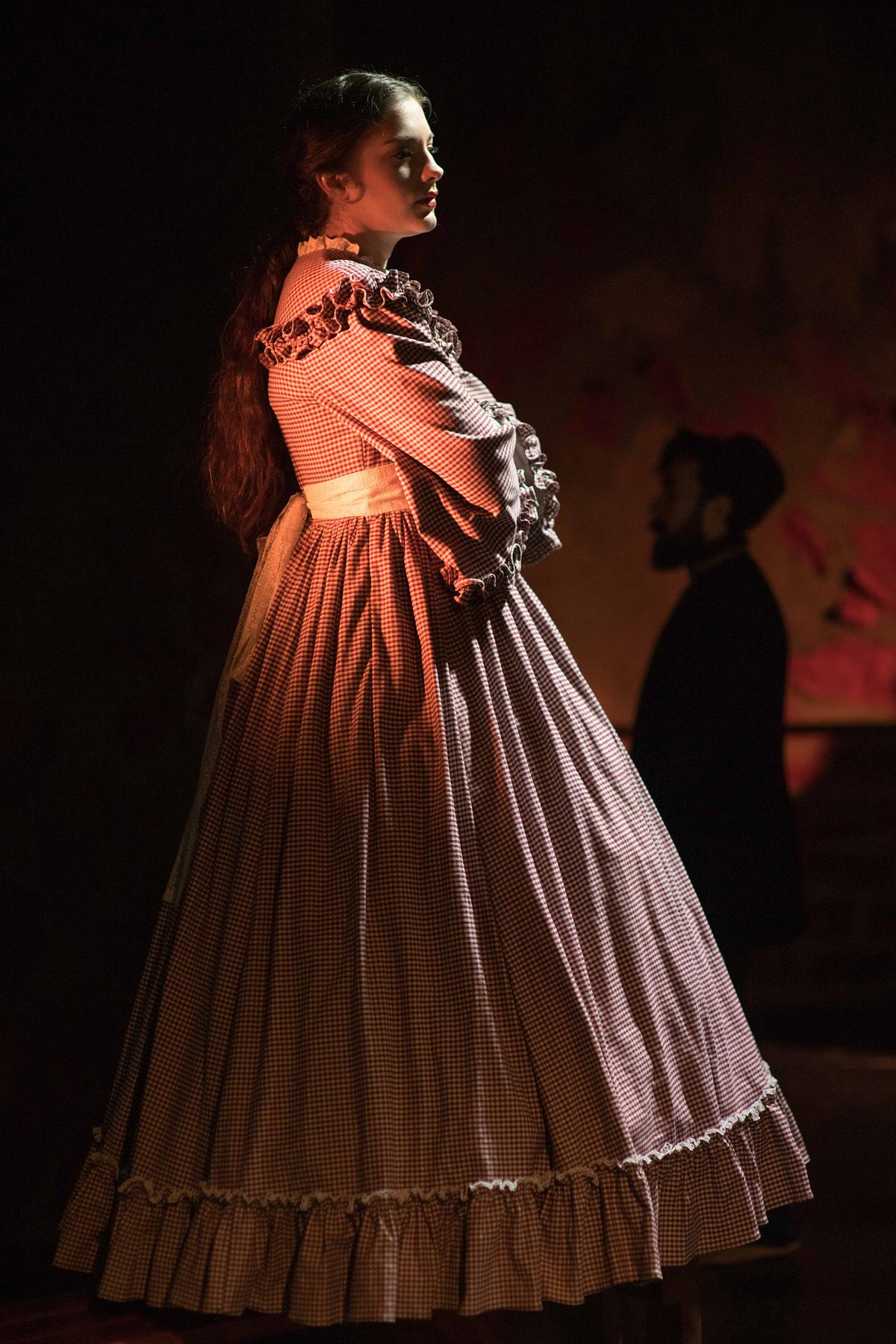 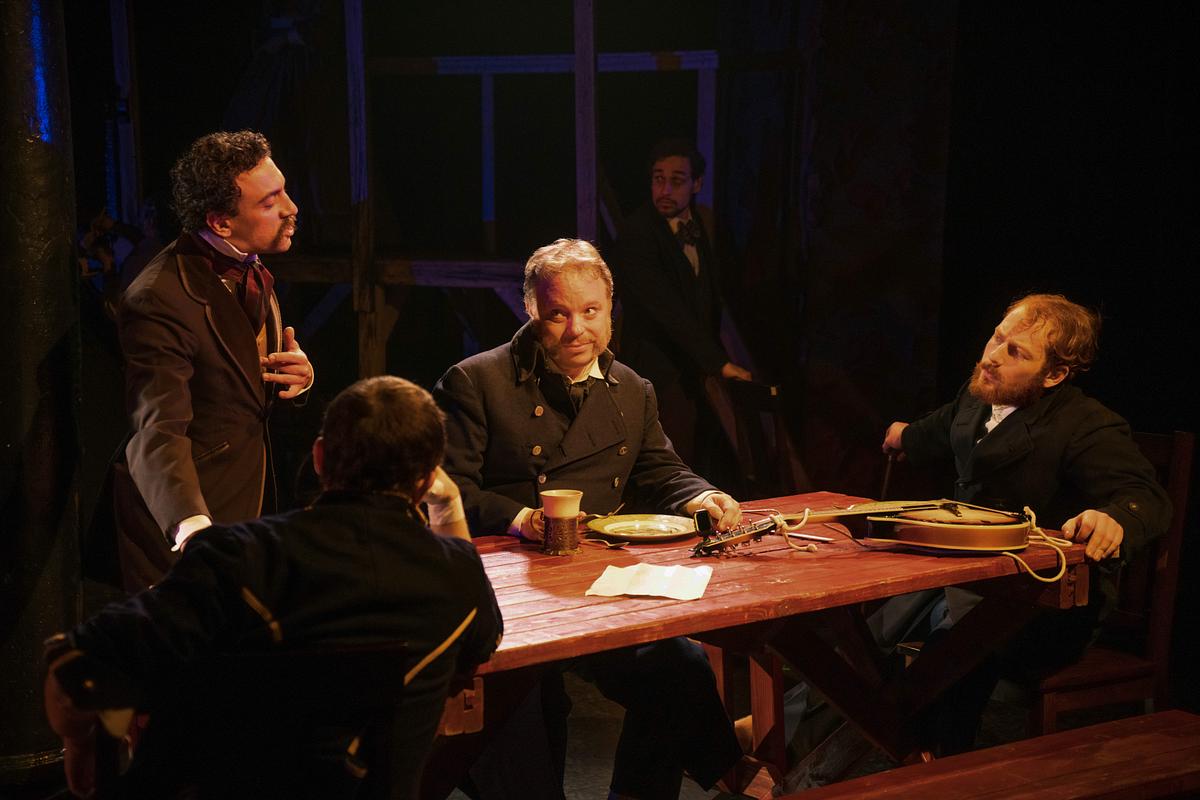 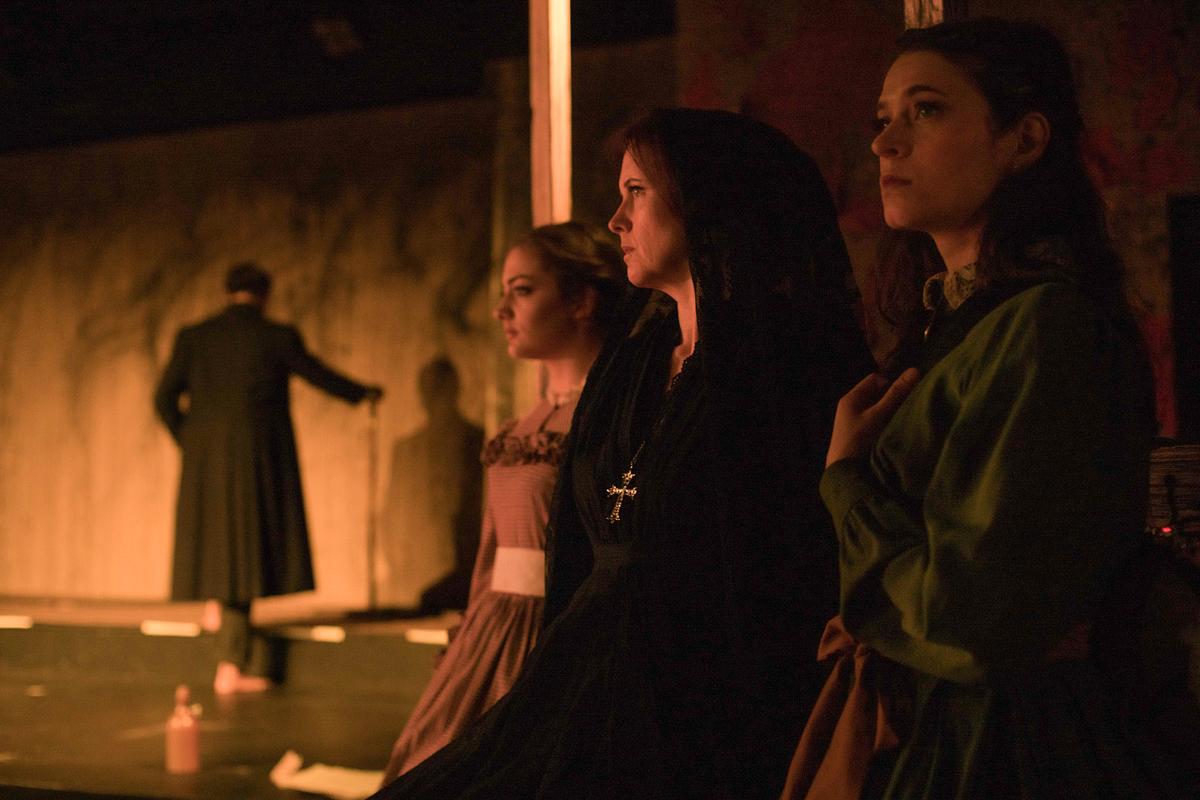 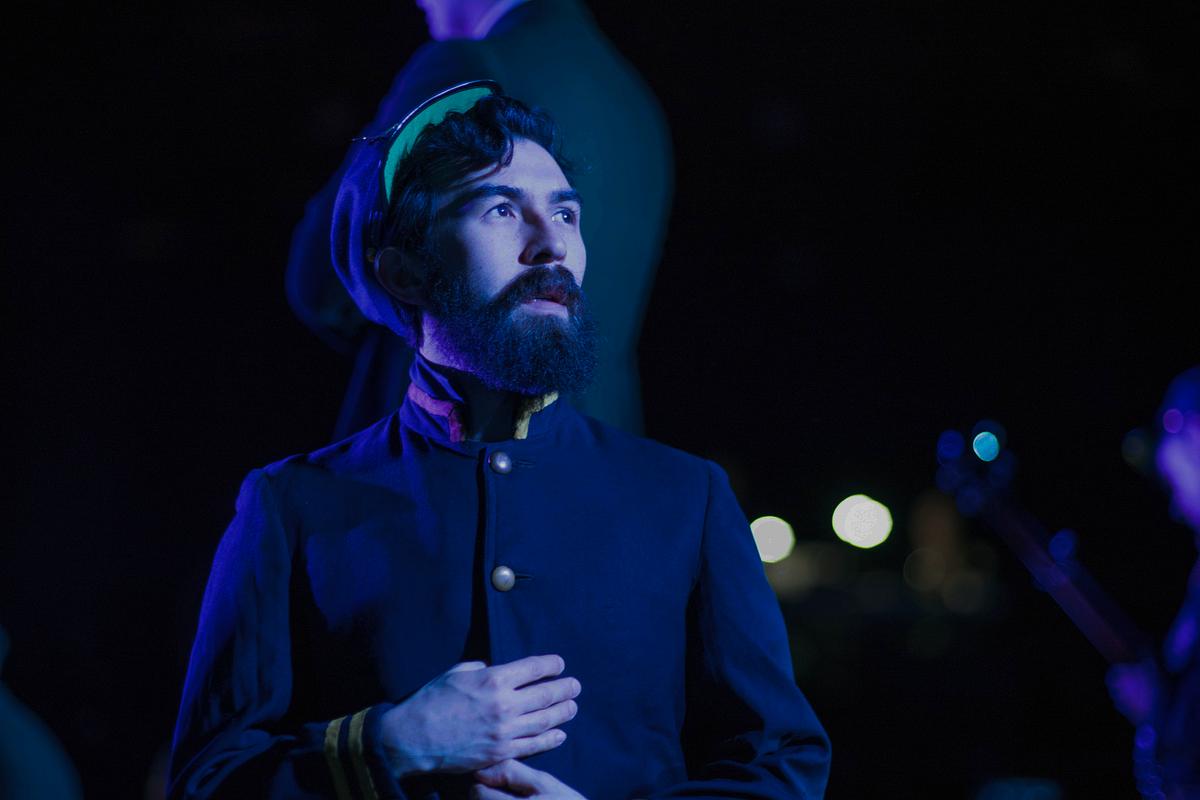 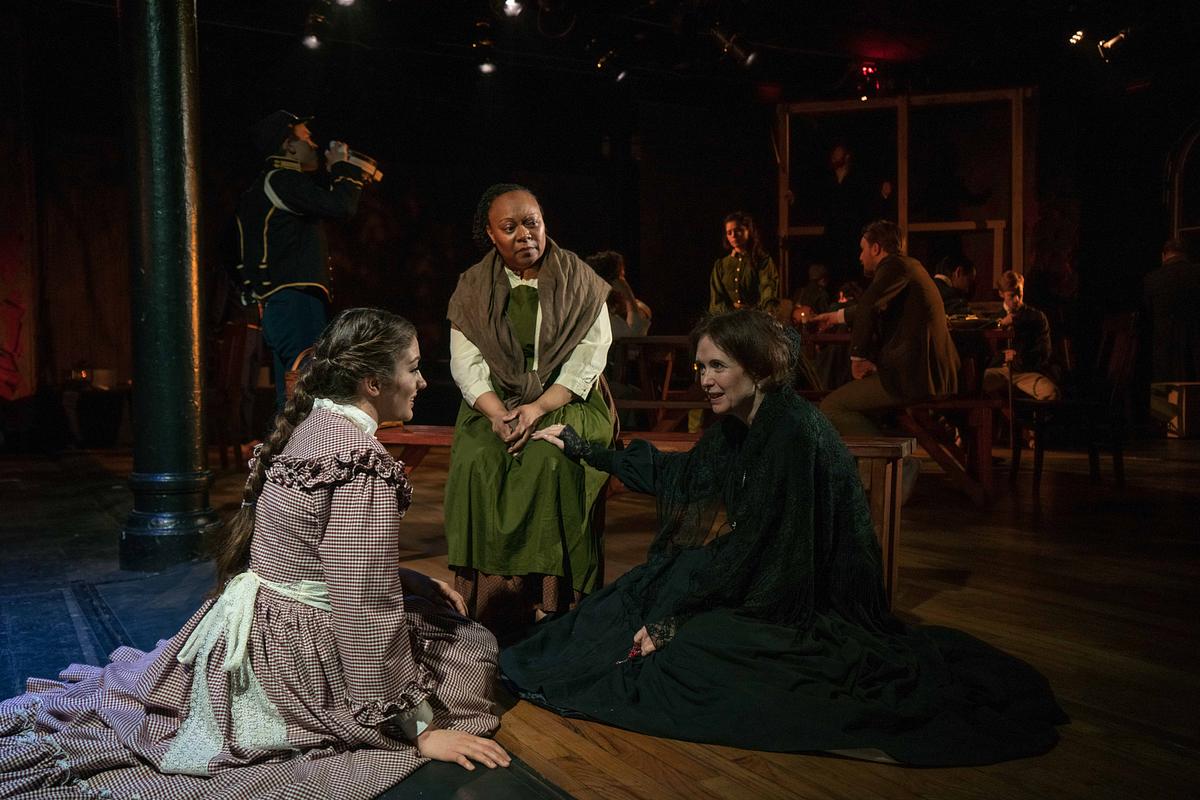 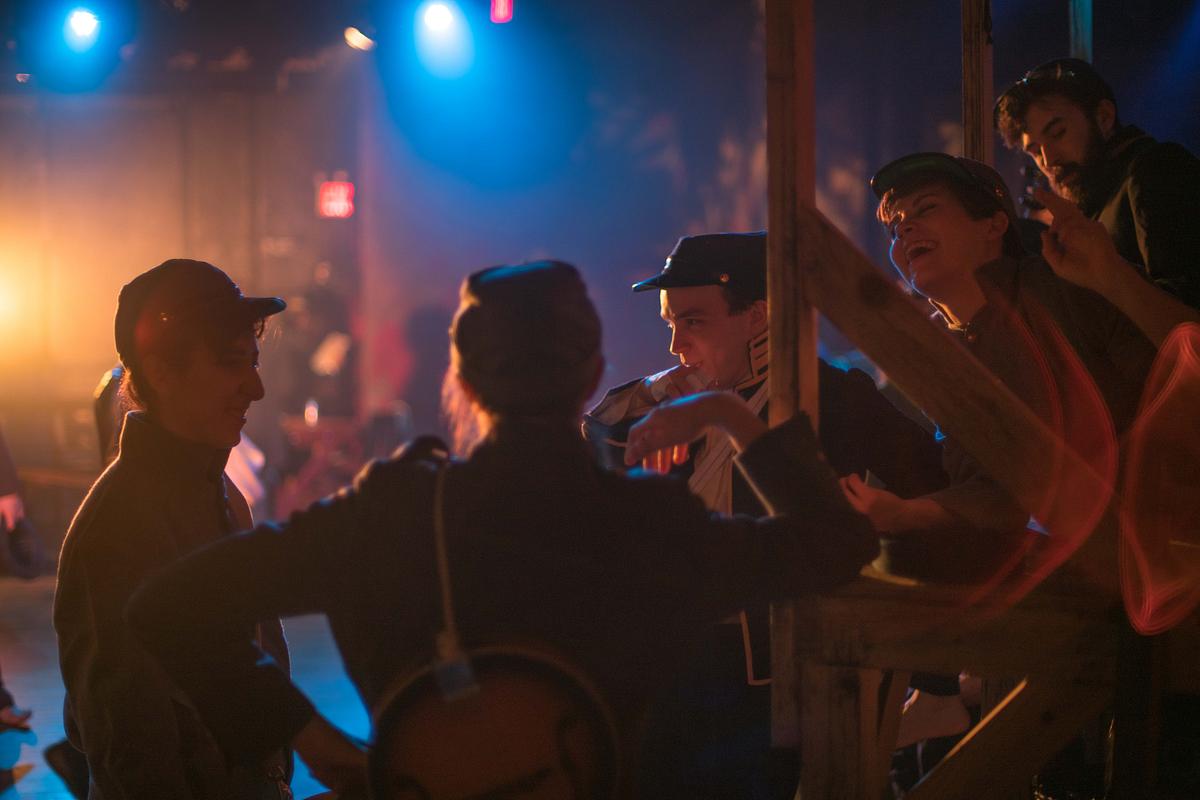 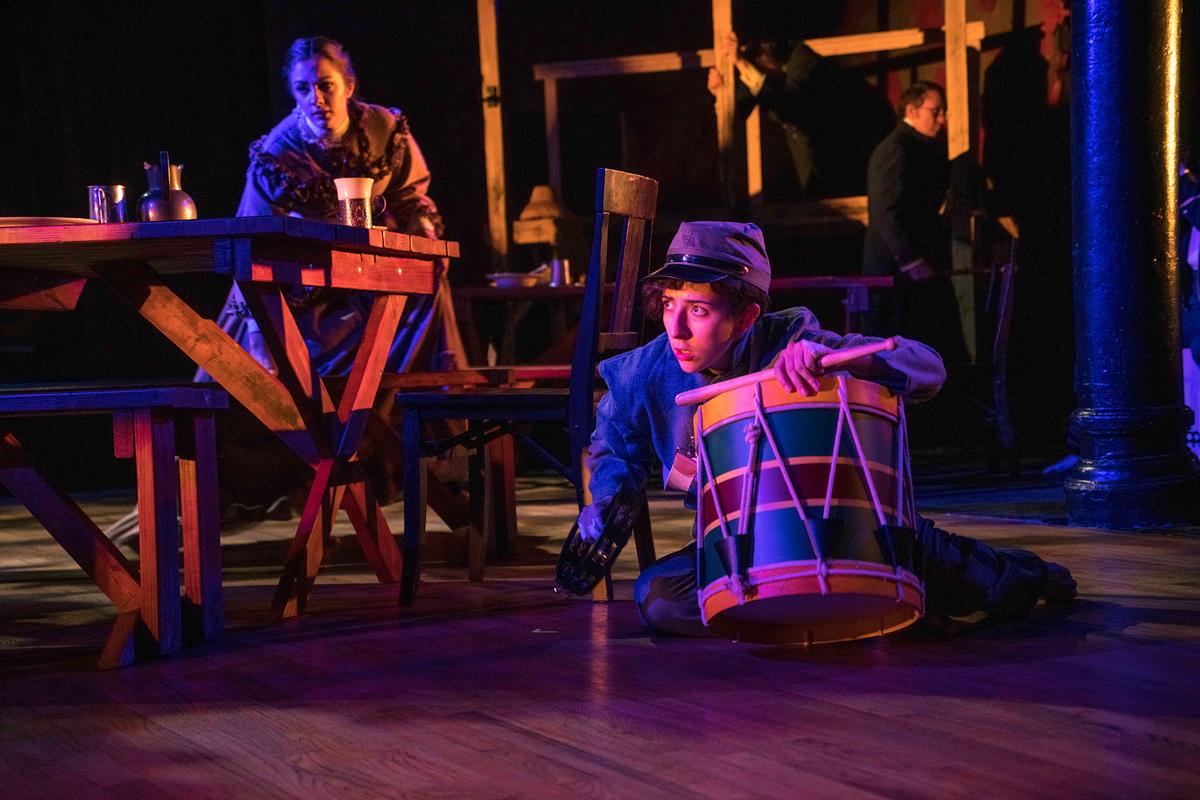 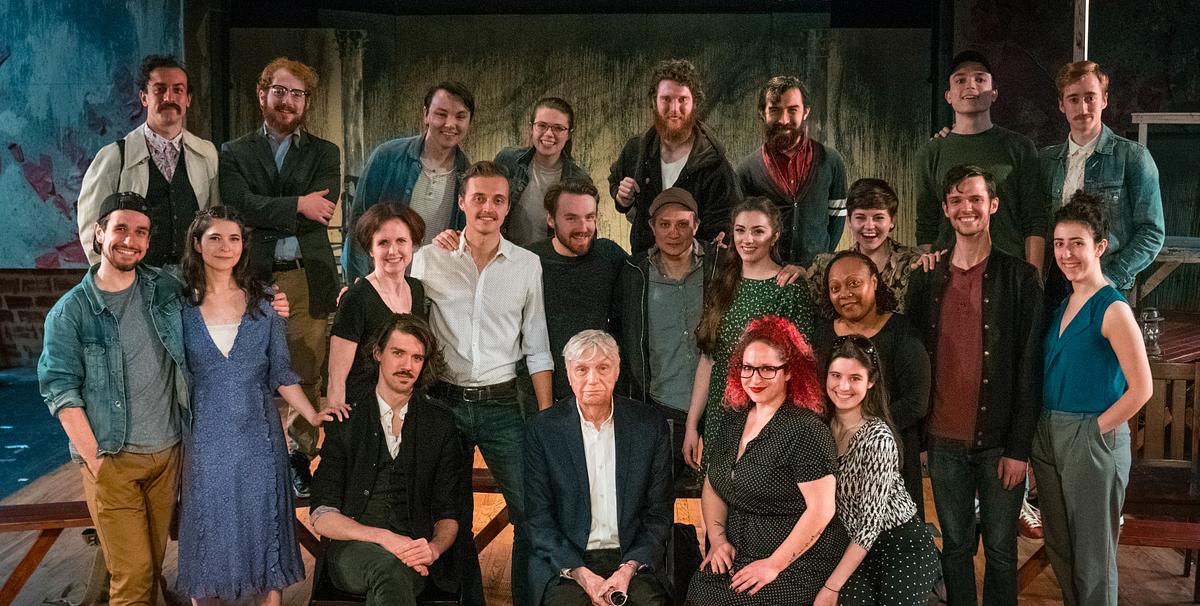 The Trial of Mrs. Surratt

Welcome to our world of Surratt. A world where time is not linear. A world where historical injustice has kept a group of people on an eternal loop. As our Mary says, “One part is really there in time past. The other I can see… Like looking into time, it’s there too… In time future. So now, in the present I can see it all: the past and the future as well."

The Trial of Mrs. Surratt explores not only the lives and humanity of the supposed Lincoln conspirators, but also the beautiful mystery of Time. In search of justice to America’s most infamous crime; Court renderings and lives are manipulated, folded back-and-forth from pre and post Lincoln assassination, to find the truth behind Mary Surratt’s plight. Many historians debate Mary’s innocence with some placing her right in the thick of the Lincoln conspiracy, claiming hers “was the nest in which the plot was hatched,” others argue that she was used as a scapegoat. In either case, what is certain is that this American citizen was not given a fair trial.

The Civil War laid an unstable cracked foundation to our country and we are still feeling the effects in the roots of our democracy because of it. Throughout the course of human history, we turn to song as an outlet, an inspiration, a reflection… With these battle hymns we see the progression of the Civil War sentiment of the time juxtaposed with Mary’s life. Her story is an example of a type of injustice that still exist, even today.

The beauty of this piece lies in its humanity, it allows us to see these infamous characters from history without judgment, and with the hope of understanding.

It has been a true honor of mine to be able to bring the genius that is Lanie Robertson‘s “Trial of Mrs. Surratt” to life.

Click here to listen to a snippet of our production's opening song.