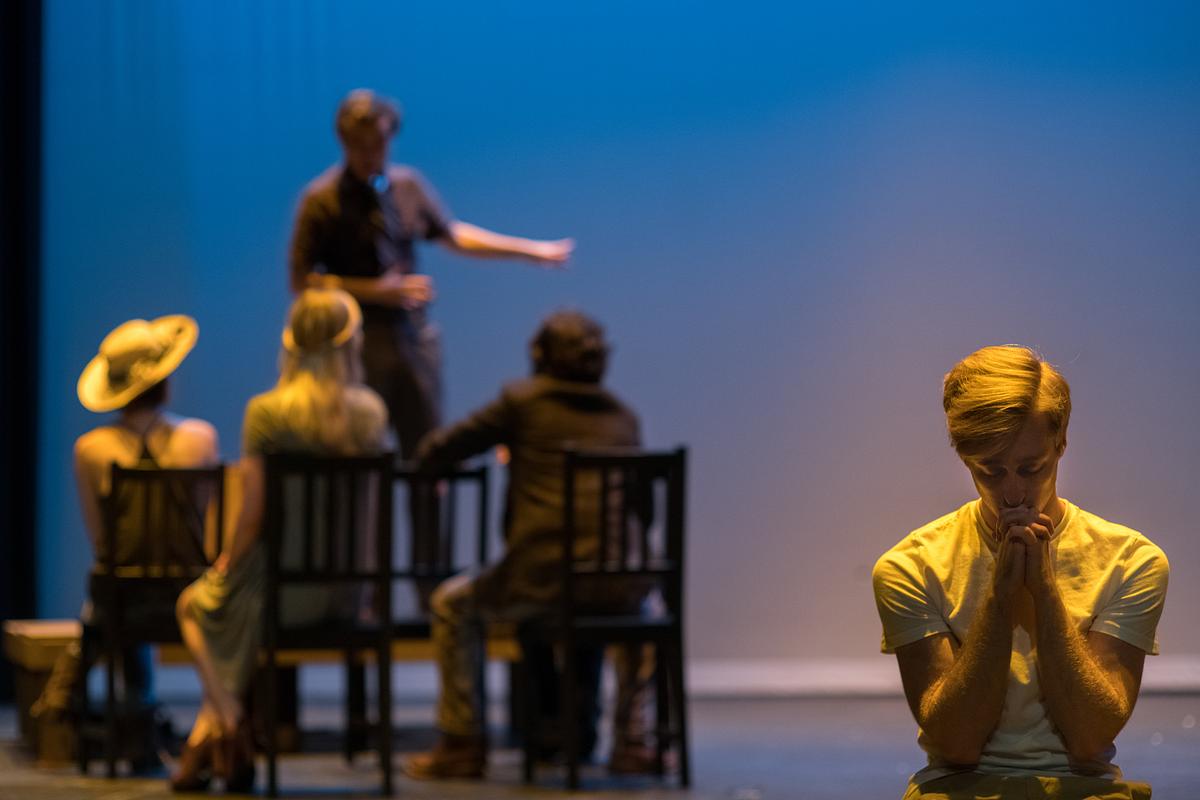 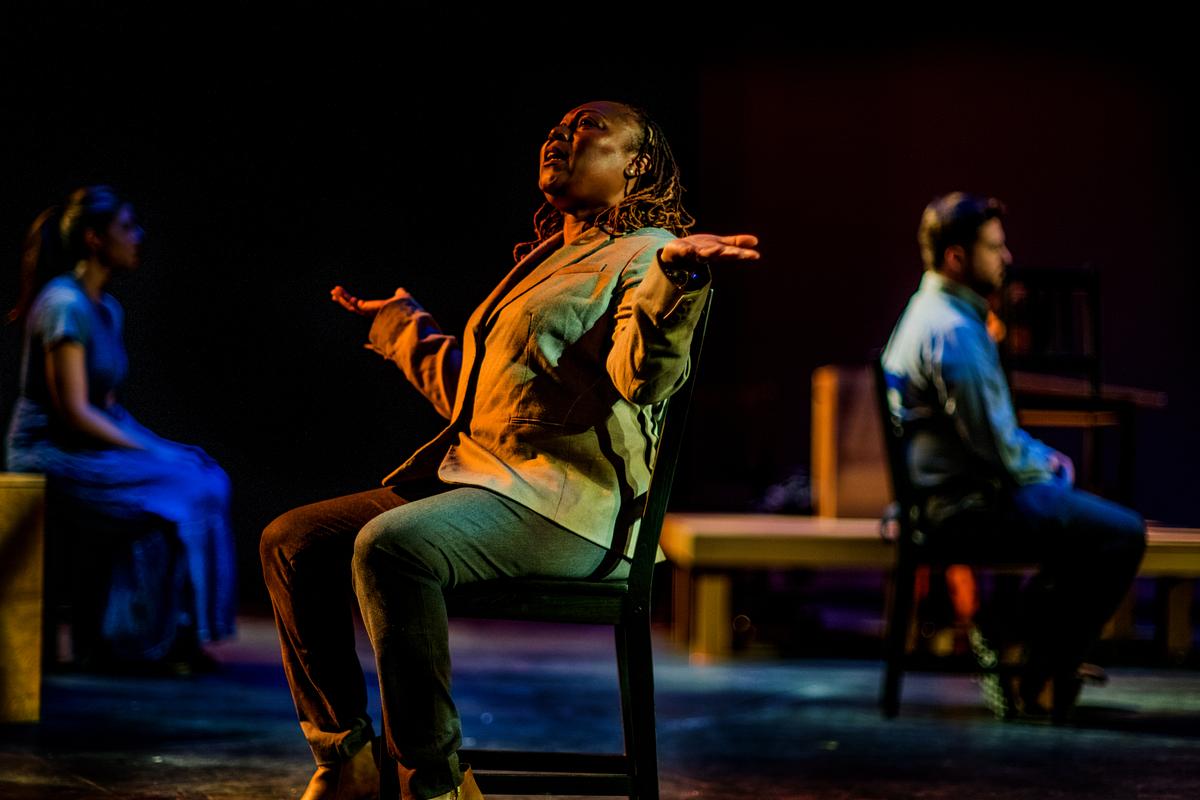 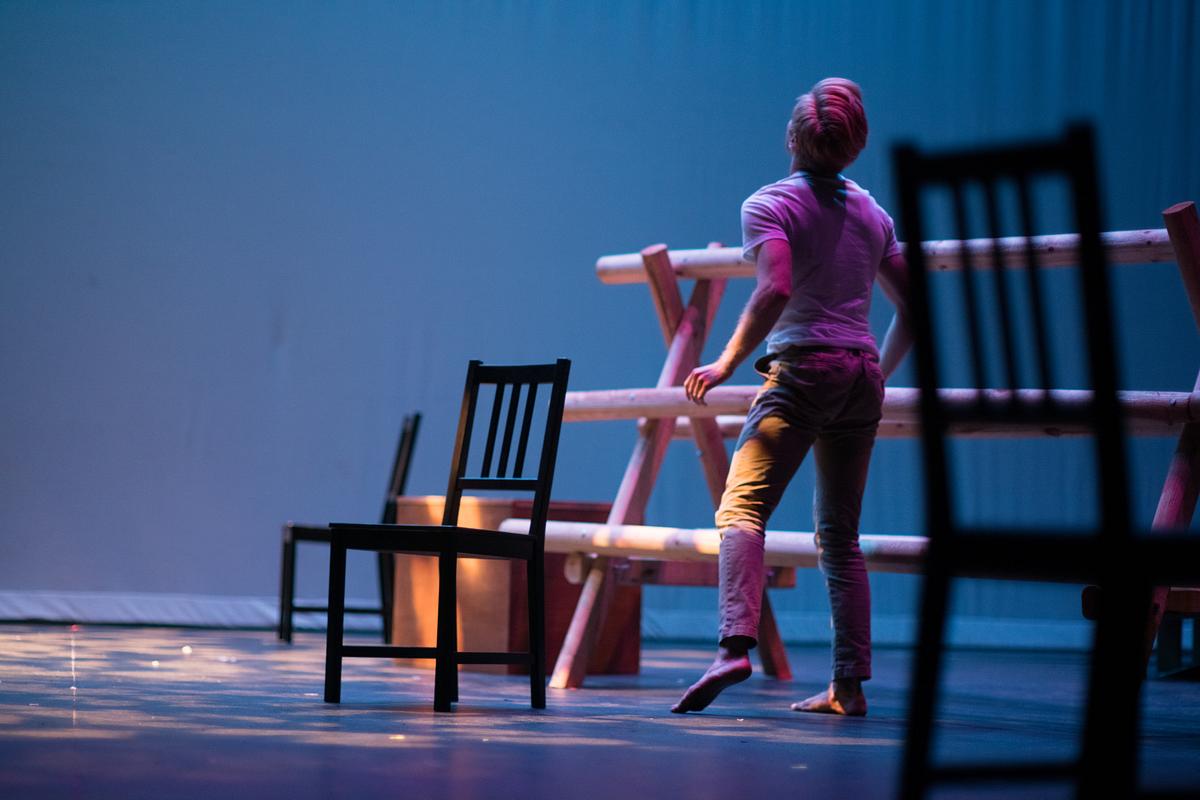 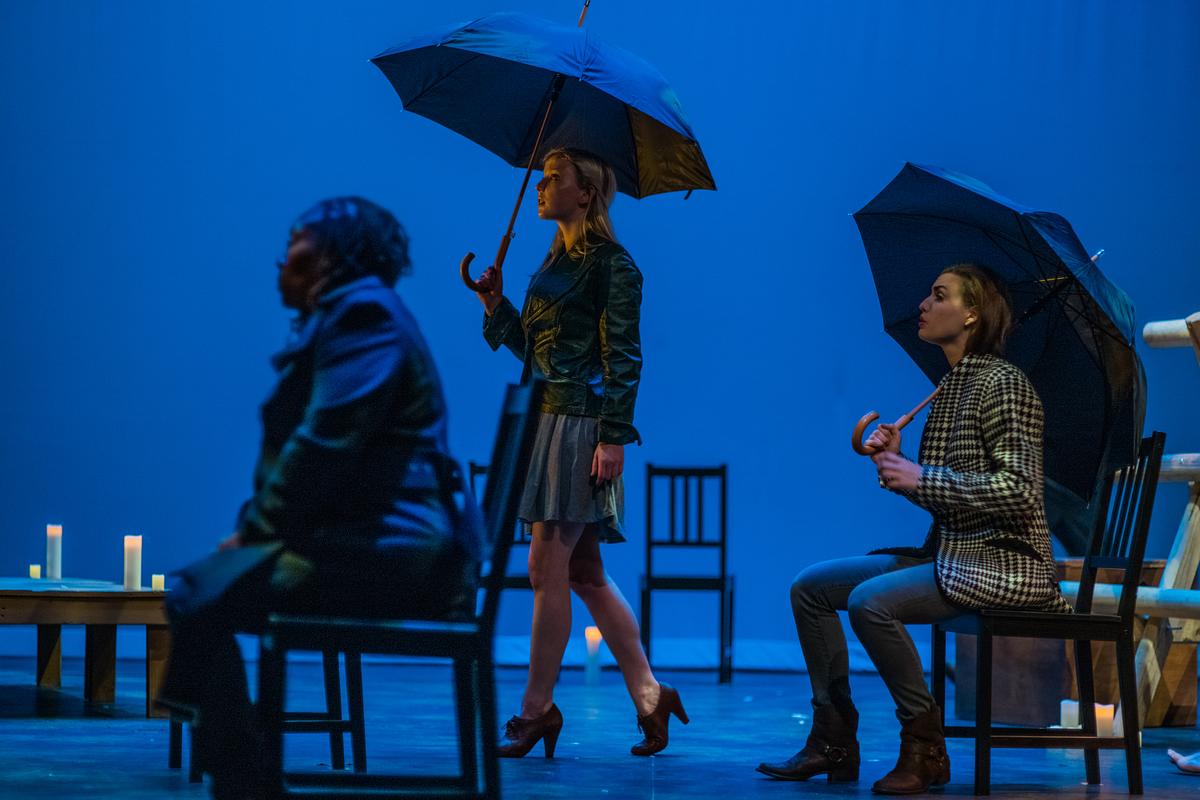 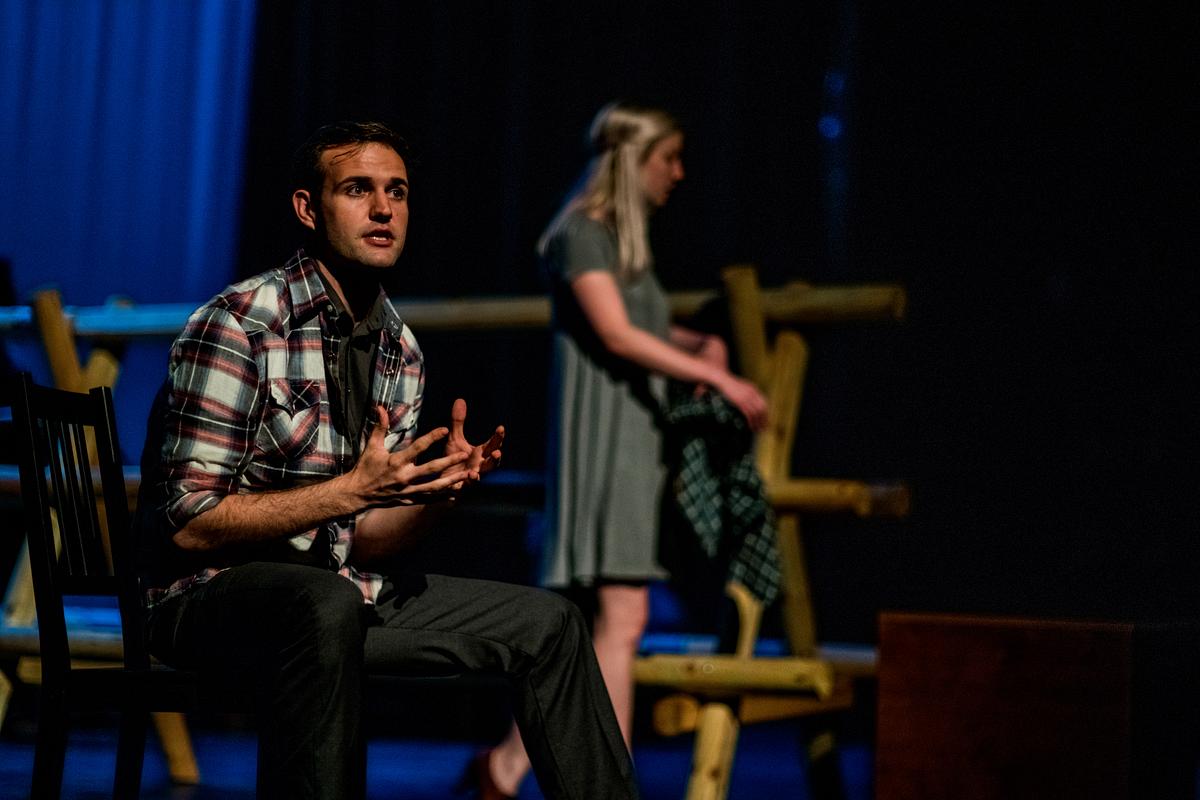 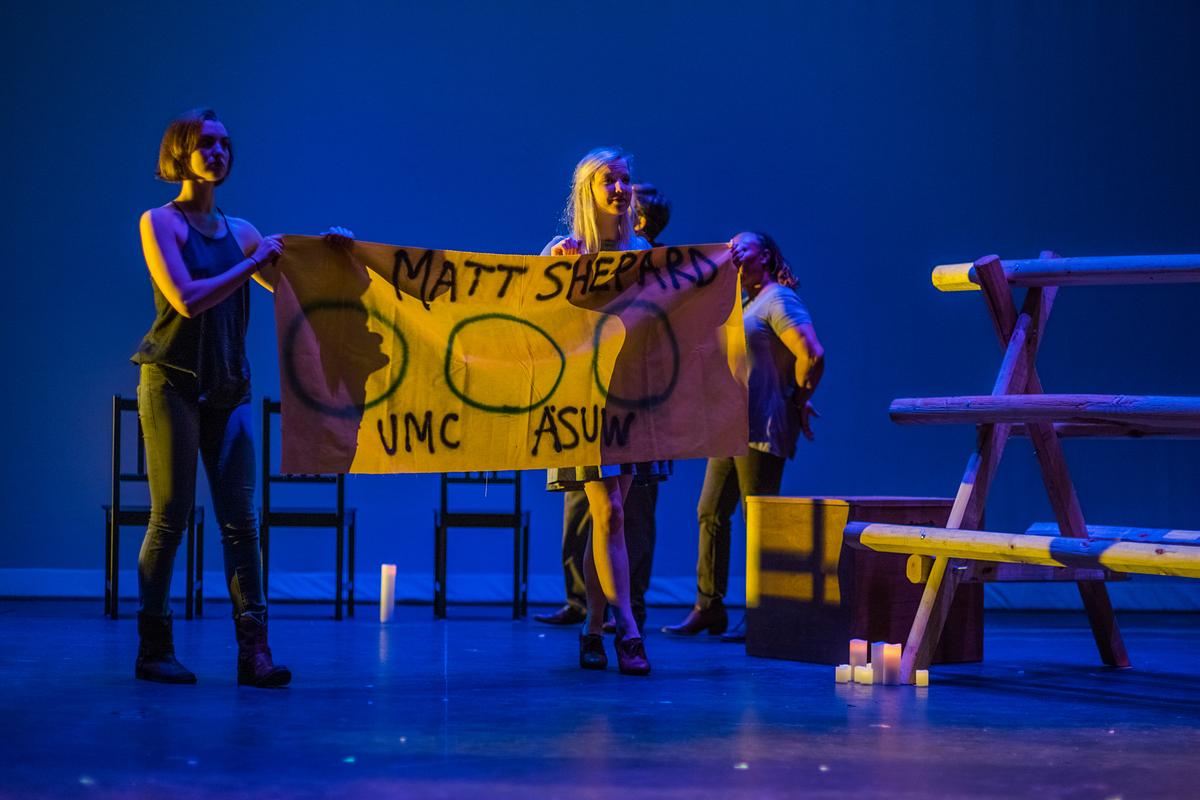 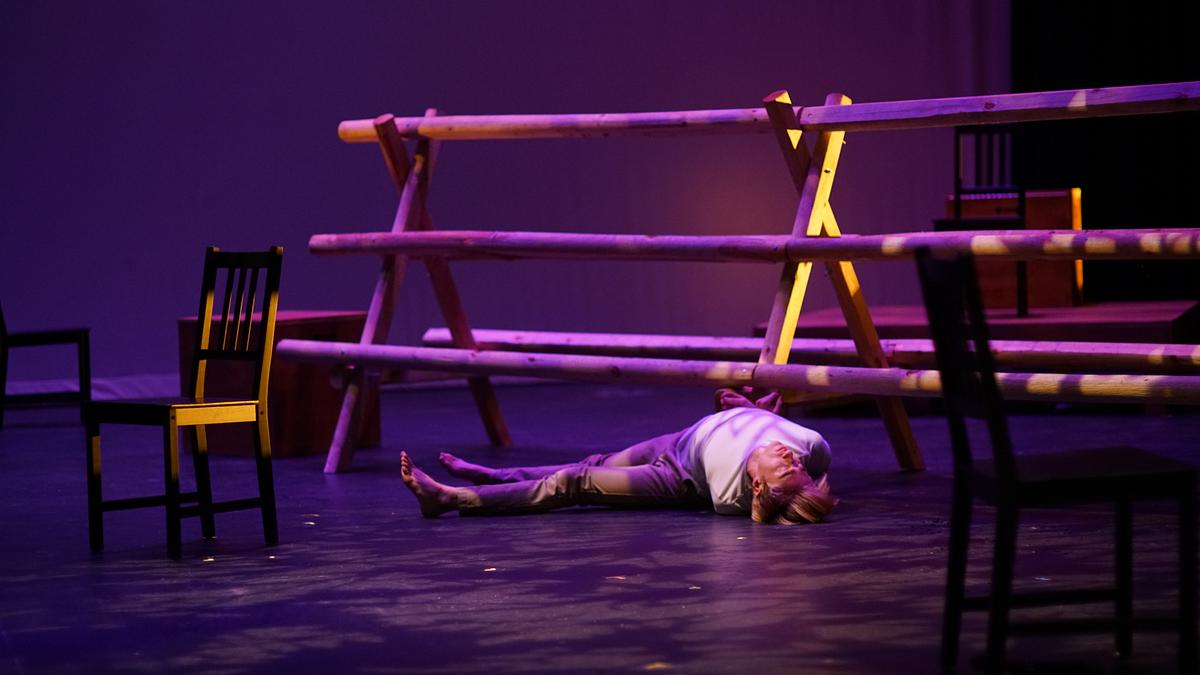 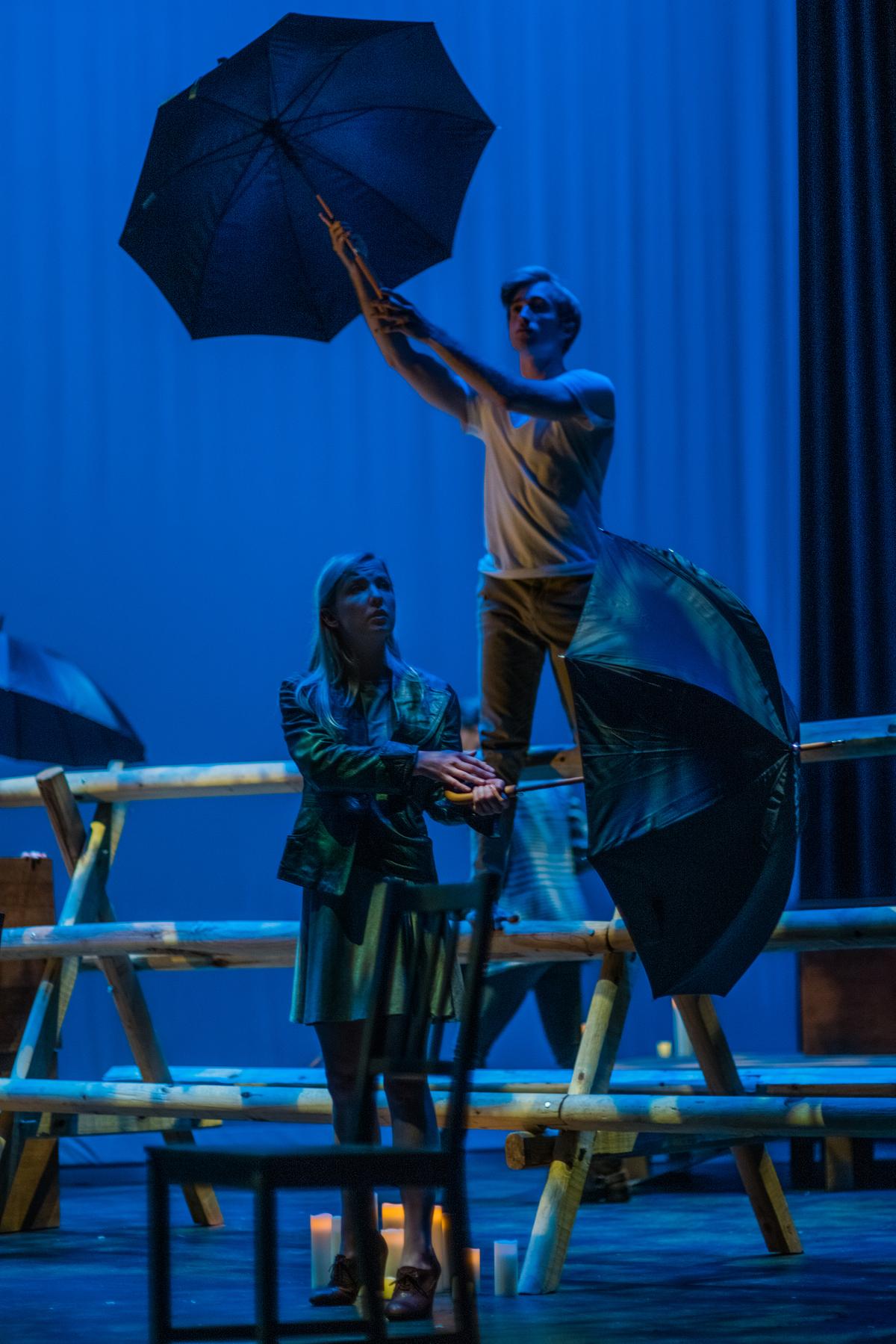 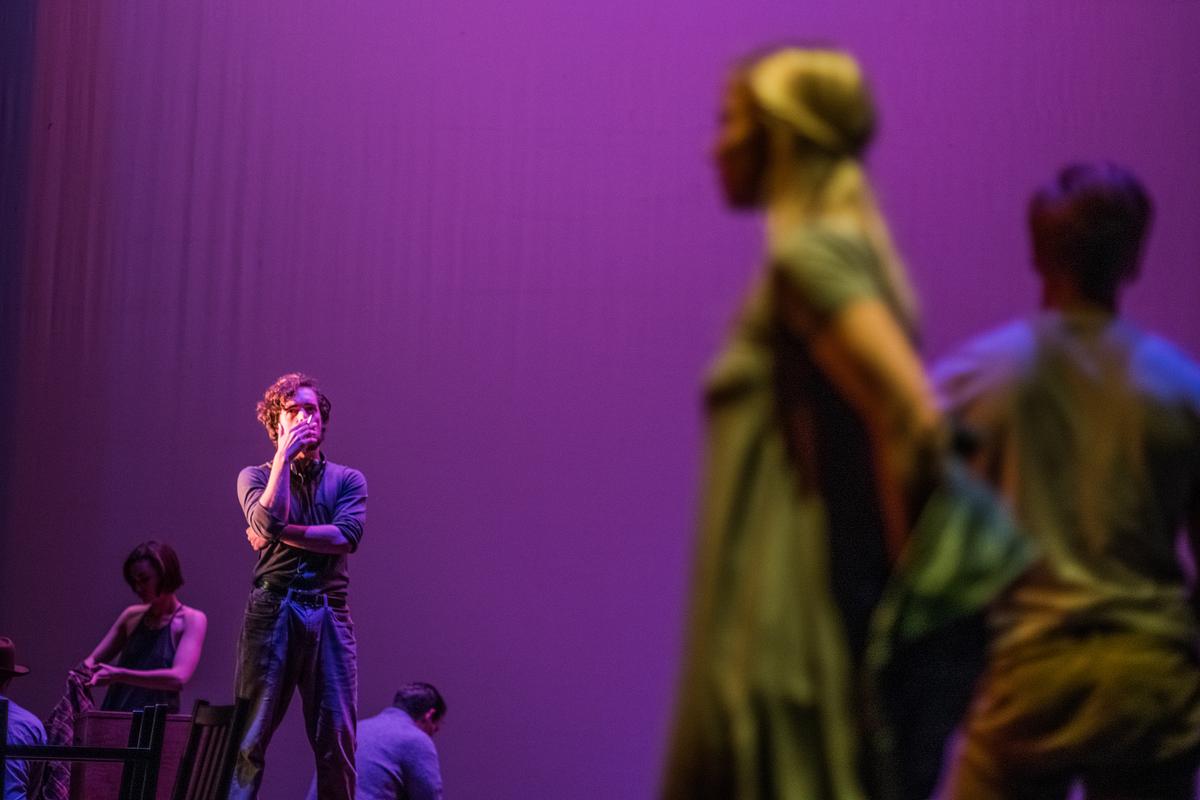 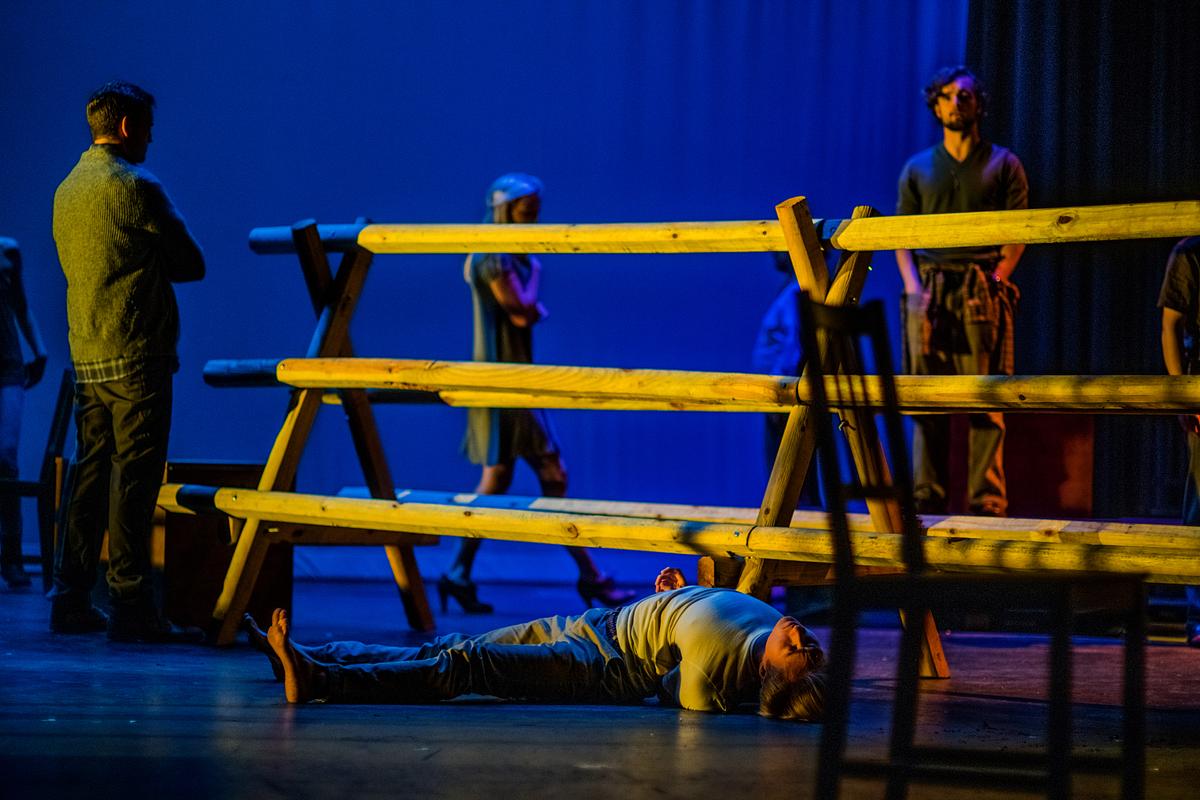 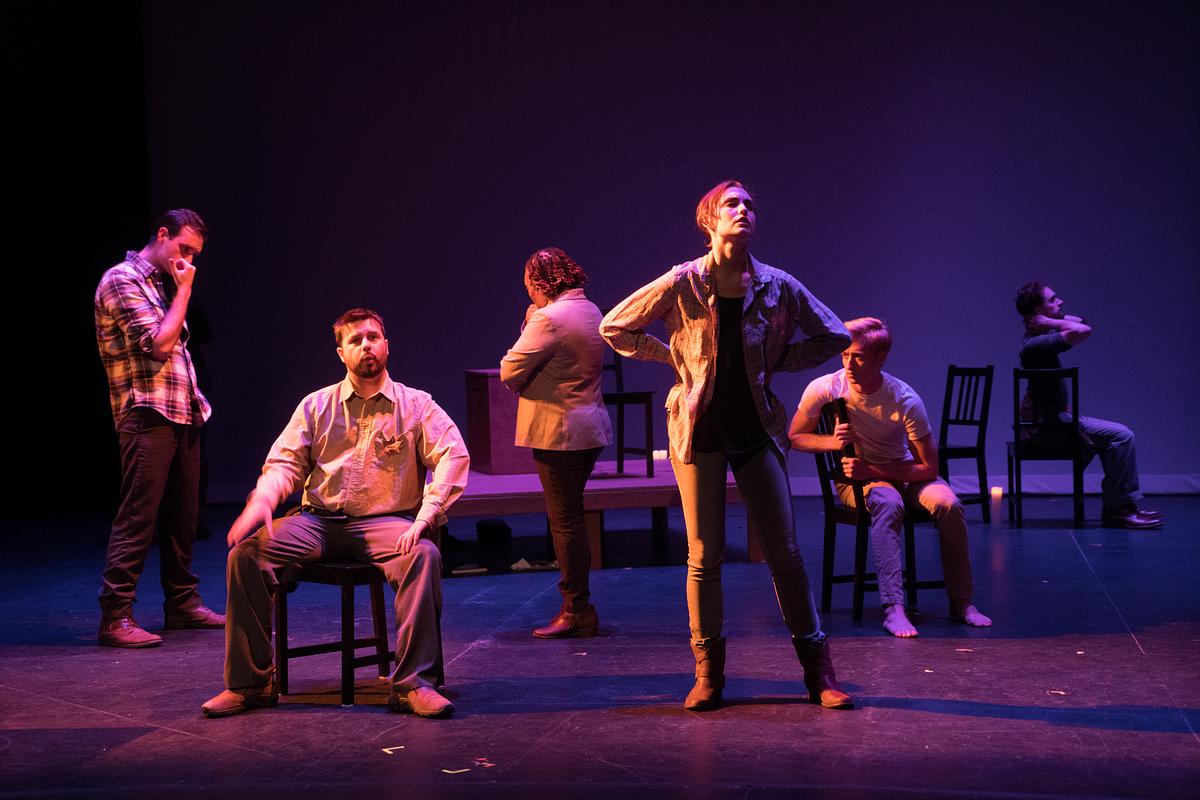 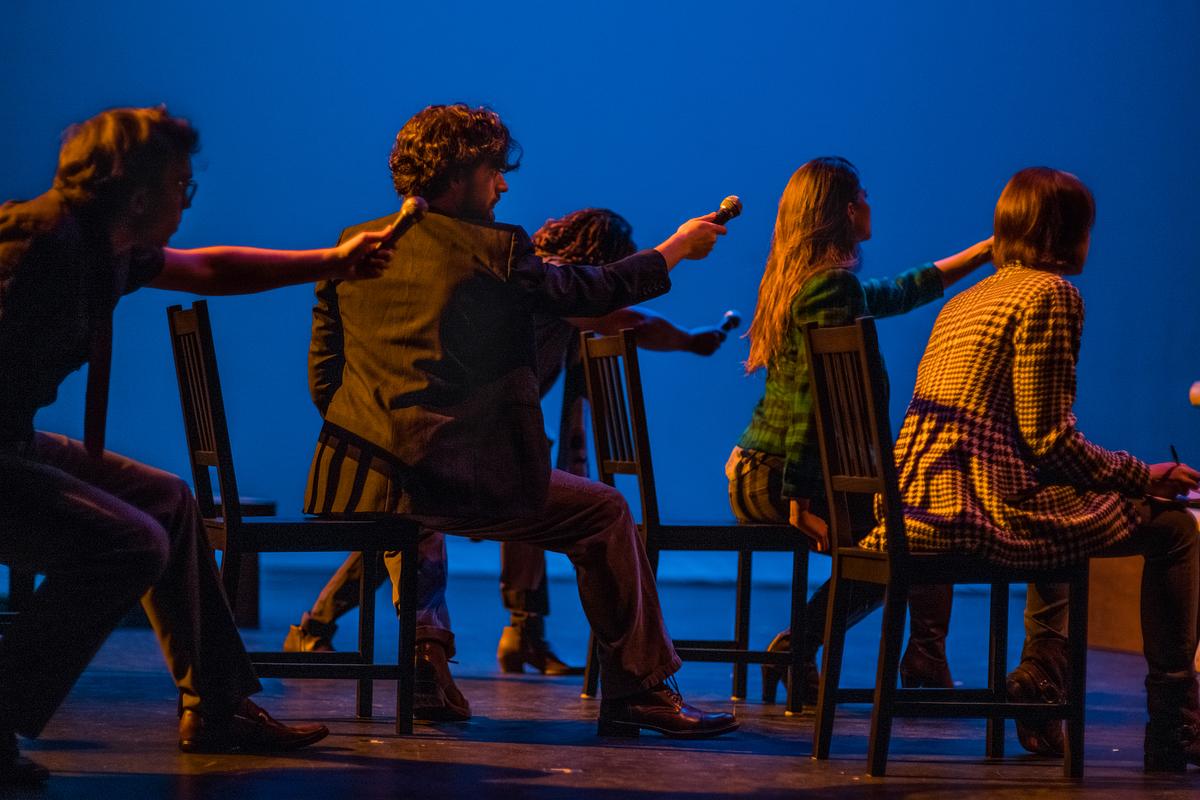 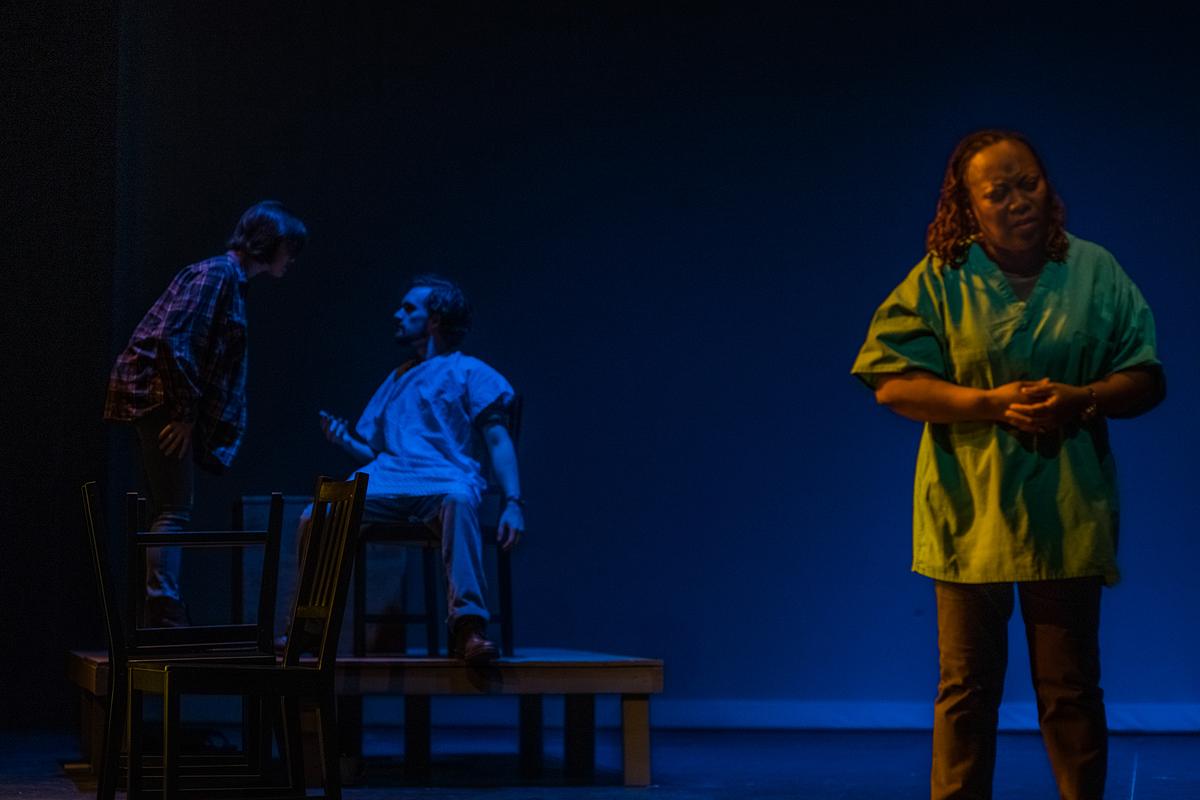 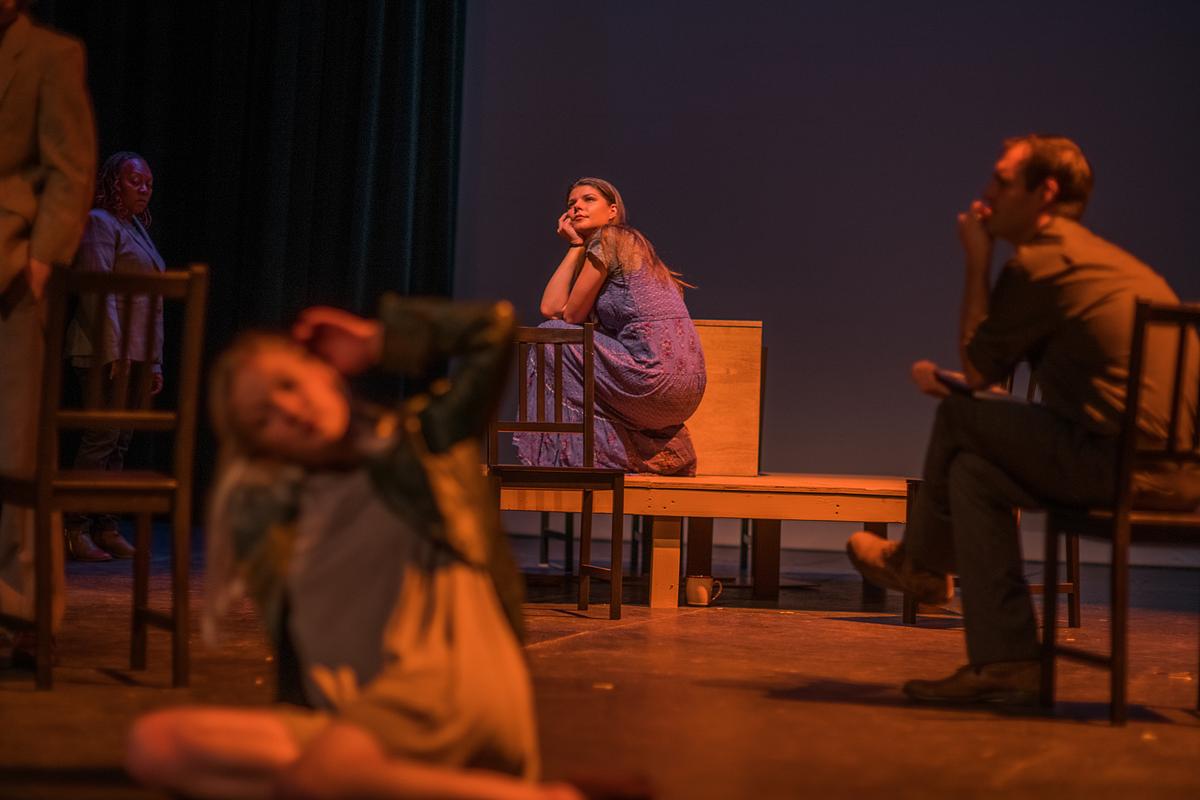 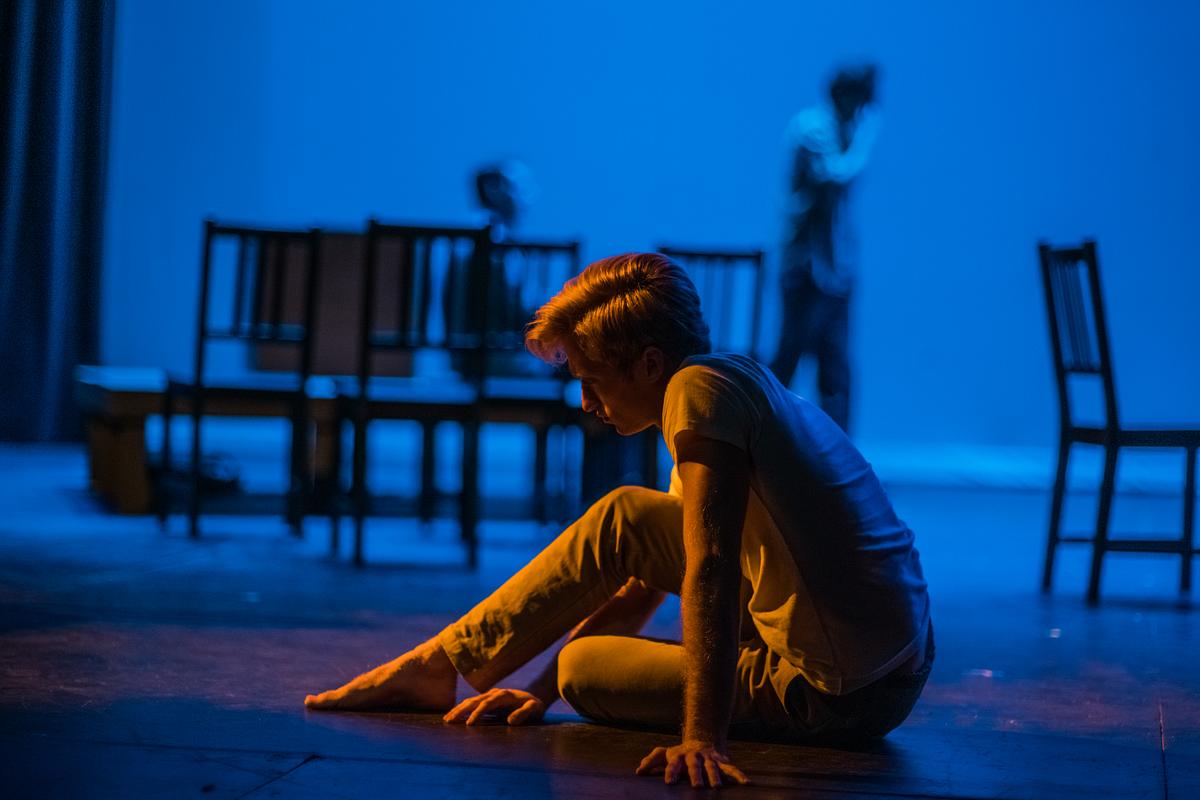 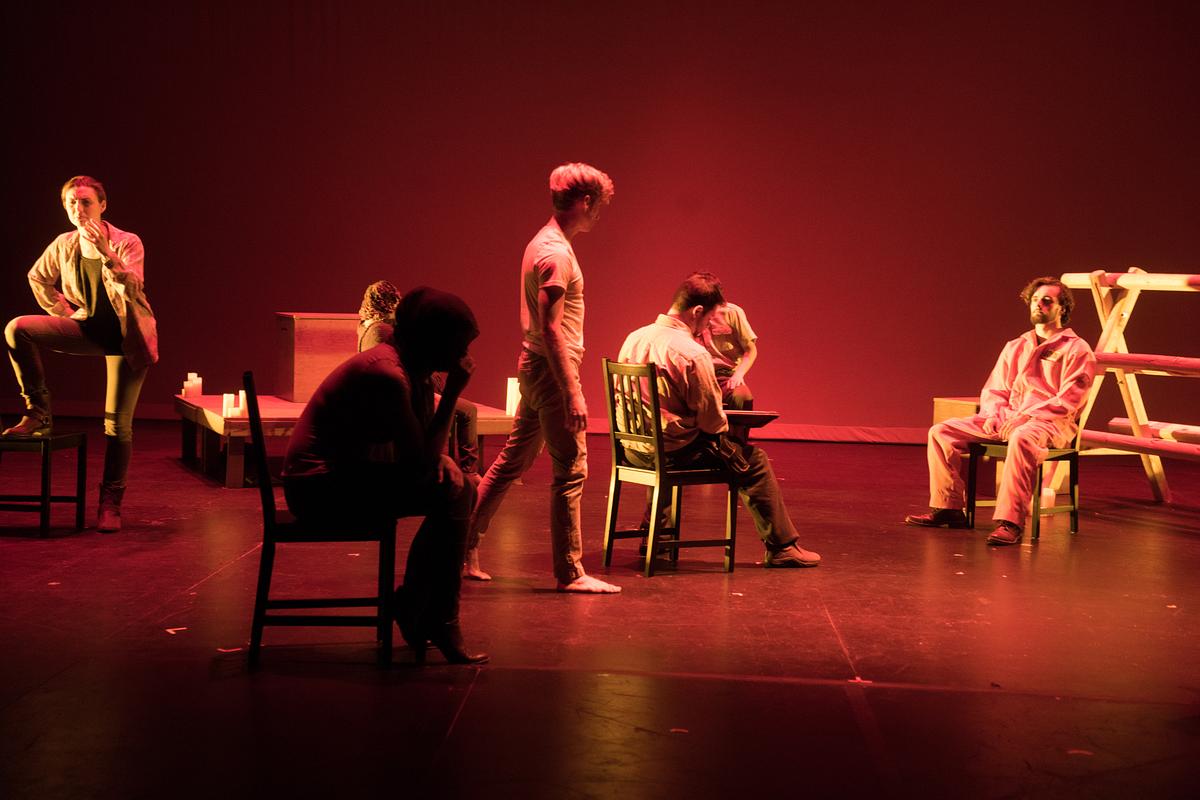 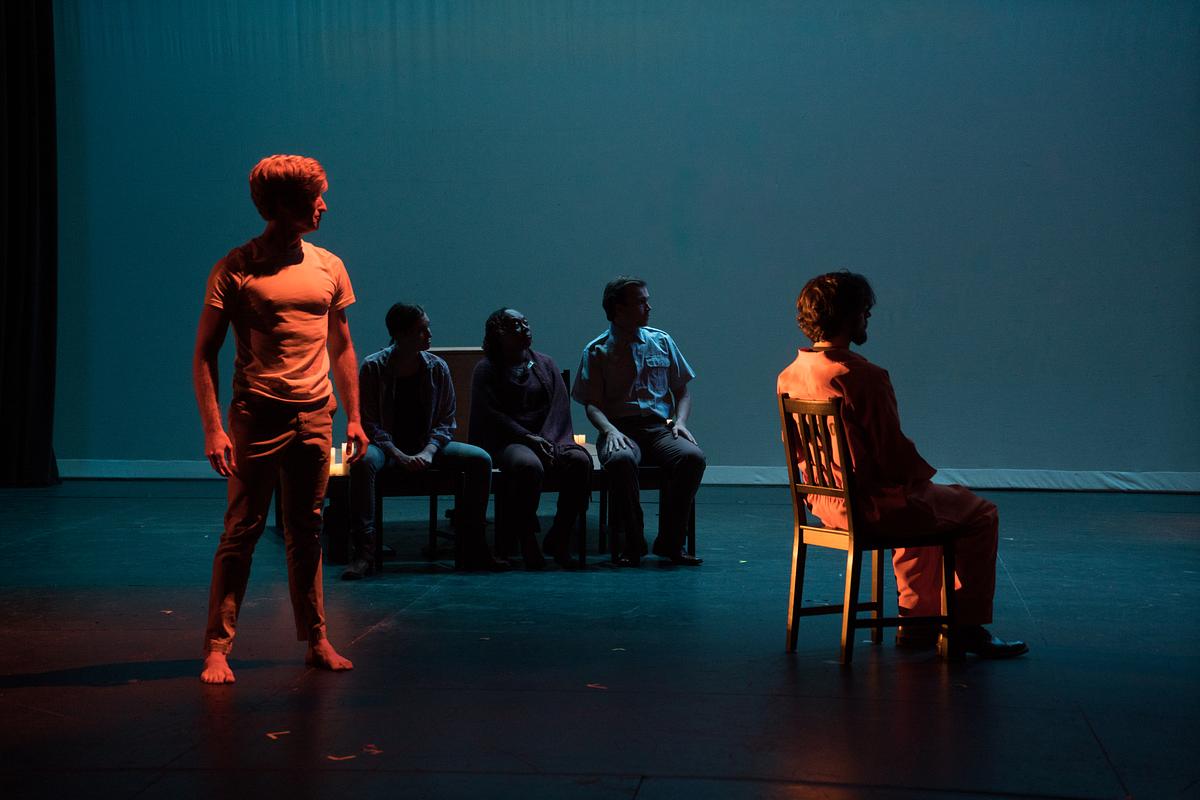 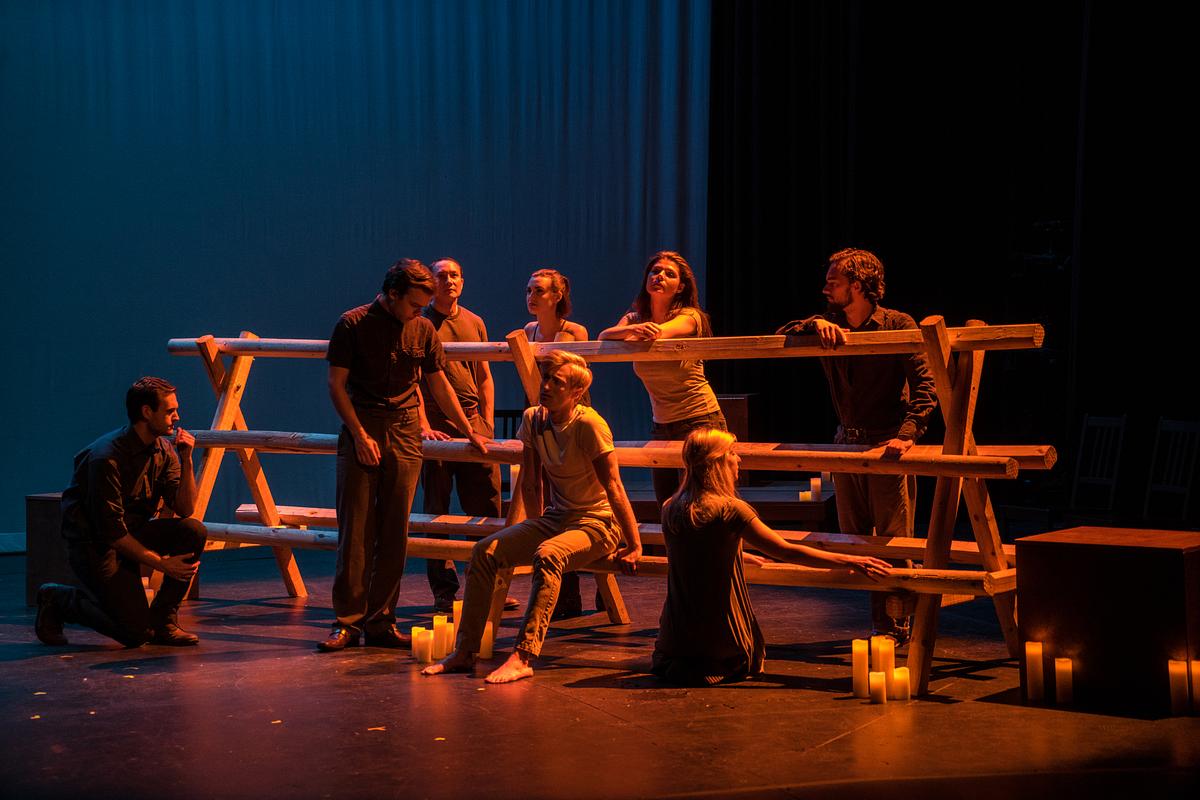 (For the first time in history, I chose to add a physical non-speaking Matthew in this production. Part memory, part spirt- Matthew is present onstage for the entire production.)

My decision to work on “The Laramie Project” came as a direct response to the November 2016 election of Donald Trump.  I felt it was extremely important to bring this play to Washington, D.C. during the first year of Trump’s Presidency.  I had a new vision for this production and led our ensemble of actors for months in historical research, character development and in creating the unique fluid movement of the piece.   In July of 2017 we brought our production of “The Laramie Project” to our nation’s capital and won the TheaterMania Award for Best Physical Theatre at the Capital Fringe Festival.  After seeing the impact made with audiences in D.C., we decided to bring this production to NYC in November 2017 and held talk-back sessions after performances to engage our patrons in dialogue.  The response was overwhelming, it was clear that this piece of theatre is needed now more than ever.

The poignancy of the Laramie Project is in its honest examination of the American psyche within a community, without judgment. This play explores the humanity within us all, both the good and the bad; Any town could have been/could be Laramie. Hopefully as you experience this play today you are able to reflect upon the need for community dialogue about our current personal fears and prejudices. Only through dialogue can we come to a place of understanding and hope for change. “The whole thing, you see, the whole thing, ropes around hope, H-O-P-E.”